Too Many Philly Cops Are Saying, “Exit, Stage Left!” 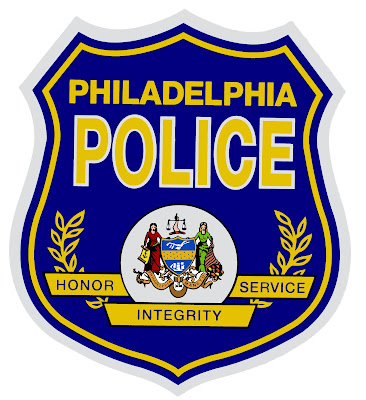 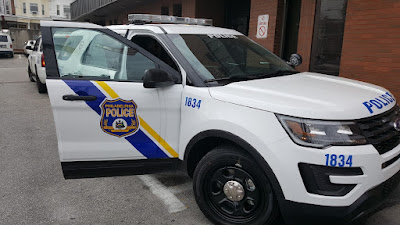 Back in the early 1960s there was a Hanna-Barbera cartoon on TV that featured an entertaining pink mountain lion named Snagglepuss.

Snagglepuss, who wore an upright collar, bow tie and cuffs, had a distinctive voice and a theatrical bent. He often broke the “fourth wall” and spoke directly to the TV audience, offering his narration and goofy asides, and he often uttered his catchphrase, “Heavens to Murgatroyd!”

In times of difficulty, Snagglepuss would raise a leg, look directly out at his TV audience, and say, “Exit, stage left!”

I know a veteran Philadelphia police officer who some years ago told me that he would never retire.

“I’m gonna die on the job,” the officer said.

That officer recently told me that he was retiring. He said the job has changed.

“Cops get no support from the city’s leaders, the media and the public,’ the officer said. “It’s like they are just waiting for a good cop to f*** up, just once, so the mayor and the police commissioner can disown him, the media can condemn him, and the DA can prosecute him.”

The once proud officer told me he has had enough and he is moving on, like so many other highly trained and experienced police officers.

As former Philadelphia Daily News and Inquirer columnist Stu Bykofsky noted in a piece in Philadelphia Weekly last year, the police are defunding themselves.

“Anti-cop critics may not have to actually ‘defund the police.’ Philadelphia police are depopulating their own ranks in an unprecedented dash for the doors. More Philadelphia police officers have put in for DROP this past year than in any year in the past decade, except for one, which indicates deep dissatisfaction in the ranks,” Bykofsky wrote. “In 2020, 135 officers filed for retirement, trailing only the 159 officers who put in for retirement in 2018. However, 114 cops put in their papers in January 2021 alone, a number that is greater than the total for most years. The combination of 2020 and January 2021 totals a record of 249. If January is a harbinger, 2021 will shatter all records.

“What’s driving most of the fleeing cops out of a job they used to love is a sense of betrayal.”

Rebecca Rhynhart, who recently resigned as city controller to run for mayor, released her office’s “Review and Analysis of the Philadelphia Police Department and Other Related Police Spending” last month.

As one key finding in the executive summary noted, “With about 95% of PPD’s funding spent on personnel costs, the review examined PPD’s staffing trends in detail. PPD’s staffing levels have decreased significantly in recent years, from 6,590 filled uniform positions at the end of FY 2019 to 5,983 at the end of FY 2022. Based on recent attrition and recruiting trends, this total is likely to continue to decrease and could fall below 5,200 by the end of FY 2025 if the department does not increase its recruitment and retention of officers.”

The cops who are retiring or quitting say they worry about deadly confrontation with criminals armed with illegal guns. If the cops draw their firearm and kill a suspect, they run the risk of being fired by an unsupportive mayor and commissioner, and being prosecuted by an anti-cop, progressive DA.

If they don’t draw their firearm and kill the suspect, that suspect may very well kill them.

And they have about two seconds to make that fateful decision.

Anti-cop protesters can hurl bricks, bottles and unidentifiable liquids at officers, but if an officer responds by physically arresting the offender, he may very well be captured on someone’s cell phone video, which may lead to the officer’s firing and prosecution.

So what can be done to retain veteran officers and recruit new highly qualified officers?

As a crime reporter and columnist, I’ve been covering the cops for nearly 30 years. Over the years, I’ve interviewed police commissioners, deputy commissioners and other senior officers. I’ve also gone out on many “ride-alongs” with patrol officers, detectives and plainclothes narcotics officers.

Nearly every cop I’ve spoken to, from high-ranking officers to the rank and file, say that there needs to be more support from politicians and political appointees, as well as from the media and the public.

For starters, a cop that appears to have erred should be given the benefit of the doubt and presumed innocent, and not immediately be crucified. Too often cops are villainized, and criminals are canonized

“Cops arrest the bad guys, but they are either released quickly without bail, or not prosecuted at all,” the retiring veteran officer said. “Who needs this?”