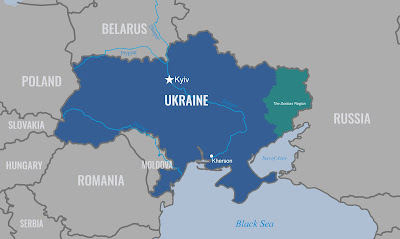 C. Todd Lopez at the DOD News offers a piece on the Russian withdrawal from Kherson.

Over the weekend, Russian forces withdrew from Kherson in Ukraine, a city of more than 280,000. It's a big win for the Ukrainian people and its military, one senior military official said during a briefing at the Pentagon.

The most significant development over the weekend was the Russian military's withdrawal from Kherson City and the west bank of the Dnipro River," the official said. "While we continue to monitor, we do assess that Russian forces have relocated onto the eastern side of the river and established their defensive lines, thus ceding a significant amount of territory to the Ukrainians to include your Kherson City."

The official said Ukrainian forces continue to consolidate gains and are now busy clearing obstacles and mines left behind by the Russians. The Ukrainians are also assessing the damage done by the Russian occupiers before they departed; the official said indications are that the Russians did significant damage to civilian infrastructure in Kherson, including water and other utility systems.

"The Russians don't appear inclined to depart the rest of occupied Ukraine, [and] there's undoubtedly still tough fighting ahead," the official said. "But the liberation [of] Kherson City is a significant accomplishment and a testament to the grit, determination and tenacity of the Ukrainian people and their armed forces as they fight to defend their nation."

You can read the rest of the piece and see photos via the below link: