A Look Back At The Sinking Of The USS Indianapolis 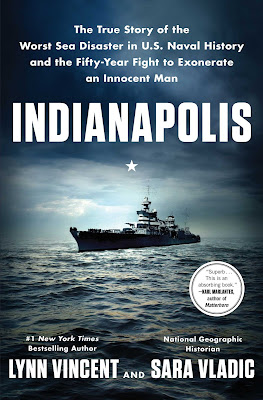 Coinciding with the anniversary of the day in 1945 when the USS Indianapolis was torpedoed by a Japanese submarine, I happen to be reading a fine book on the tragic story, Lynn Vincent and Sara Vladic's Indianapolis: The True Story of the Worst Sea Disaster in U.S. Naval History and the Fidty-Two Year Fight to Exonerate an Innocent Man.

My review of Indianapolis will soon appear in the Washington Times.


Simon and Schuster offers the below on the book:

“This is an absorbing book. The attention to detail is superb, the clear result of lots of plain hard work. Yet the detail doesn’t get in the way, but rather serves, along with a driving narrative, to get the reader as close to experiencing this most tragic episode of World War II as is possible without living through it. The book is hard to put down.”
— Karl Marlantes, New York Times bestselling author of Matterhorn

The sinking of the USS Indianapolis is still the biggest single loss of life at sea to be suffered by the United States navy.

Torpedoed by the Japanese, dying of thirst and eaten by sharks.


As the USS Arizona embodies the beginning of the Pacific war, the USS Indianapolis embodies its fiery end. From its bridge, Admiral Raymond Spruance devised and executed the island-hopping campaign that decimated Japan’s Navy and Army.  Its crew led the fleet from Pearl Harbour to the islands of Japan, notching an unbroken string of victories in an exotic and uncharted theatre of war.


When the time came for President Harry S. Truman to deal Japan the decisive blow, Indianapolis answered the call. And super-spy Major Robert S. Furman climbed aboard, secreting the components of the world’s first atomic bomb.

Four days after delivering her ominous cargo to the island of Tinian, the Indianapolis was sunk by a Japanese submarine, with nearly 900 men lost. The captain, Charles B. McVay III, was wrongly court-martialled for negligence over the sinking. Decades after these events, the survivors of the Indianapolis, as well as the Japanese submarine commander who sank it, joined together to finally exonerate McVay.

“The voices of the Greatest Generation come alive in Indianapolis. Through first-person accounts we hear horrific stories of fear, pain, and anger but also of resilience, hope, and courage. Stories of the friendships the sailors forged with each other on board and the sacrifices they made for each other in their darkest hours are inspirational. Ultimately, Indianapolis is about the sacrifice these men made for our country at a time of unparalleled risk and of their lifelong search for justice for the captain of their ship. It’s a beautifully told and incredibly detailed narrative that brings this famous disaster to life.”
— Kate Andersen Brower, #1 New York Times bestselling author of The Residence and First Women 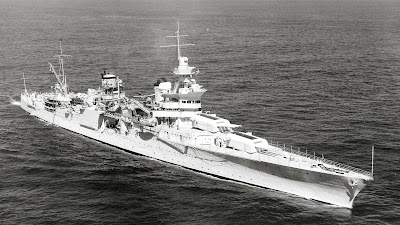 You can purchase the book via the below link:

Labels: Indianapolis: The true Story of the Worst Sea Disaster in U.S. Naval History and the Fifty-Two Year Fight to Exonerate an Innocent Man, Lynn Vincent and Sara Vladic, The Washington Times