Fox’s Trish Regan And Retired General Jack Keane Shred Trump Over Putin Presser: ‘He Should Have Defended Us!’ 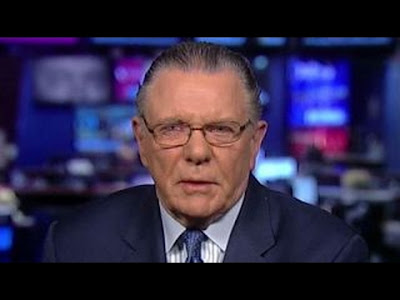 Fox Business’ Trish Regan emphasized today she really, really wanted to be able to open her show by saying the media was all wrong about the Trump-Putin summit.

She said the President should be able to separate Russian meddling from the collusion issue and his inability to do so is stunning.

He said whatever happened in private, the press conference was Trump’s opportunity to “knock the ball out of the park” and instead he “walked away from his intelligence community and did not stand behind them when they absolutely have the goods on Putin’s meddling in our election.”