A Spy Called Orphan: The Enigma Of Donald Maclean 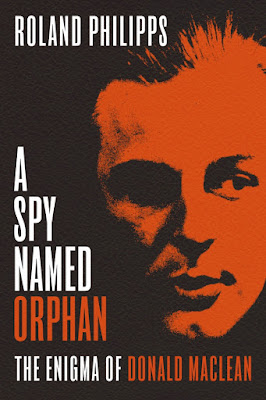 Even after the passage of more than half a century, anyone even vaguely familiar with national security clearances must blink at British handling of the coterie of Soviet spies known as “The Cambridge Five.”

Consider the rogue at hand, Donald Maclean. Although a blithering drunk for much of his career in the Foreign Office, he seemed on a path to be foreign minister while in his mid-30s.

Roland Phillips, who had a long career in London publishing, uses newly-released British archives to add fresh details on the oft-told story of the five Cambridge students recruited as Soviet agents the 1930s.

Aside from H.R. “Kim” Philby who culminated his career as counterintelligence chief for British intelligence, Maclean was the most effective agent.

Campus communists inevitably drew the attention of Soviet recruiters. Maclean possessed four desirable qualities of a secret agent: “an inherent class resentfulness, a predilection for secretiveness, a yearning to belong, and an infantile appetite for praise and reassurance.” He was given the code name “Waise” in German, meaning “Orphan.”