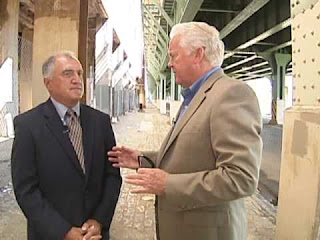 The hot summer sun may be shining on the Philadelphia Mob, but there's a cloud hanging overhead and now there's talk about a Mobster and a Movie star.

All this and more in the latest edition of Mob Talk Sit Down.

Three years worth of wiretap conversations made by one of their own has the Wiseguys on edge.  Not officially identified on paper by the feds, the made guy's audio and video recordings could spell trouble for heavy hitters in the Philly Mob in the coming months.

So why was Mob Boss Joey Merlino dining and meeting with actor Robert De Niro in New York City?

Mob experts George Anastasia and Dave Schratwieser have the inside track on that and a whole lot more this week...