Star Of The North: A Chilling Novel About The Brutal Regime In North Korea 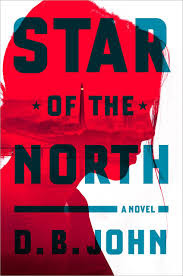 Veteran journalist and author Joseph C. Goulden offers a good review of D.B. John’s Star of the North for the Washington Times.

At hand is what could be termed a double-header of a book. The main story line involves the search by a Korean-born CIA officer for her twin sister, abducted as a child as part of a sickeningly nefarious plot by the country’s leader.

Yet this account is overshadowed by D.B. John’s depiction of the wretched daily lives of the Korean people under the rule of three generations of tyrants. (A personal note. I have been a “Korea watcher” for 30-odd years, since writing a book on the Korean War. And Mr. John’s depiction of life in the North is so brutal as to thrust the “thriller element” of his book into the shadows.)

The book is set in the reign of Kim Jong-il, second of the family of tyrants which has ruled since the 1940s. How does the “Dear Leader” (and his son, the current ruler, for that matter) remain in power?

In the words of an observer, “He’s a survivor, playing a poor hand with great skill. His weapons keep him safe from us. Hunger keeps him safe at home. His people think only of where their next meal is coming from, not of rebellion. And he’ll kill as many of them as it takes to stay in power.”

The portrayal of famine-induced suffering, as told in the words of an elderly shopkeeper, is so heartrending as to be unreadable. Children pick through the droppings of oxen “in search of undigested seeds to eat New graves were dug up, and the corpses vanished. Parents took food from their own children.”

This human suffering is carried out against a backdrop of giant murals that are omnipresent on every street displaying the smug face of The Great Leader — Kim il-Sung, grandfather of the current tyrant.

https://www.washingtontimes.com/news/2018/jul/1/book-review-star-of-the-north-by-db-john/
Posted by Paul Davis at 1:52 AM