A Look Back At The Classic TV Crime Series 'The Sopranos' 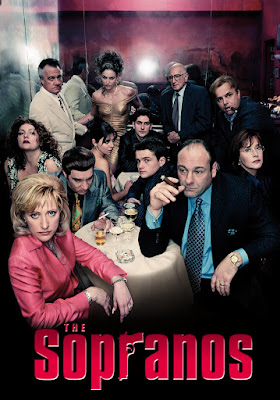 Although I think The Sopranos perhaps should have ended a season or two earlier, and I disliked the finale, I was a huge fan of the classic crime series.
Michael Starr at the New York Post offers a piece on The Sopranos.
On Jan. 10, 1999, a little-publicized drama series called “The Sopranos” premiered on HBO, chronicling the domestic and professional life of a ruthless North Jersey mob boss living in suburbia with his wife and two teenage kids — and seeing a shrink for his anxiety.
Its large ensemble cast, including James Gandolfini as titular mob boss Tony Soprano and Edie Falco as his wife, Carmela, was largely unknown — as was series creator David Chase, whose TV résumé included “The Rockford Files,” “I’ll Fly Away” and “Northern Exposure.”
“The Sopranos” changed the landscape of cable television and won a slew of Emmys (including three apiece for Gandolfini and Falco) during its six-season run. It ended with an ambiguous, WTF? cut-to-black series finale in June 2007 — panicking 12 million viewers who thought their cable crapped out and leaving Tony Soprano’s fate forever open to interpretation.
You can read the rest of the piece via the below link:
https://nypost.com/2019/01/09/why-we-still-cant-fuhgeddabout-the-sopranos-20-years-later/
Posted by Paul Davis at 2:25 PM