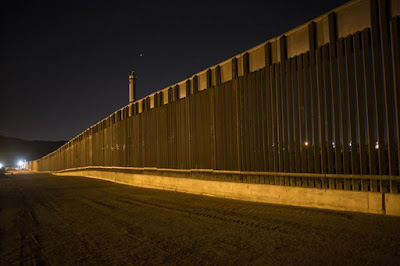 Stephen Dinan at the Washington Times offers a piece on Border Patrol agents who support the need for a wall on the border.


Border Patrol agents say they can’t be much clearer: They want more walls along the U.S.-Mexico border.


In a survey conducted by the National Border Patrol Council, the agents’ union, they overwhelmingly supported adding a “wall system” in strategic locations, embracing President Trump’s argument that it will boost their ability to nab or deter would-be illegal immigrants.

Stephen Dinan also offers a piece in the Washington Times on why Border Patrol agents think a steel fence may not be impenetrable, but still is needed.