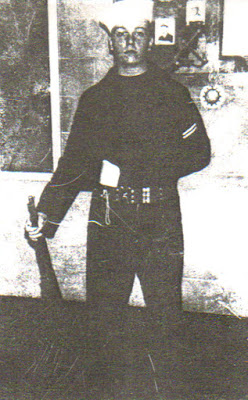 While walking down a street in 1970 at the Great Lakes Naval Recruit Training Center, commonly called "Boot Camp," I came upon an older man in uniform.

"Sailor!" the man shouted at me as I walked by him.

As this was only my second day in Boot Camp, I wasn't sure if he was talking to me. No one had ever called me a sailor before.

I turned around and said, "Are you talking to me?"

"Look at my uniform, young man," he bellowed.

Obviously exasperated, he cried out, "I'm an admiral!"