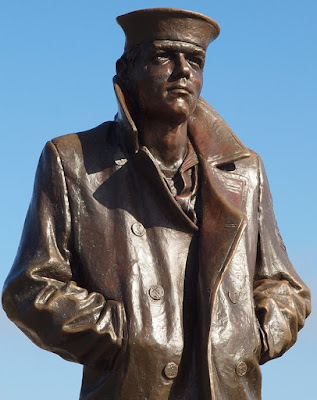 Scott Wyland at Stars and Stripes offers a piece on the UDT frogmen who led the way at the D-Day Normandy invasion.


U.S. frogmen slogged through choppy waves to the Normandy beaches on D-Day, demolishing mines and removing other obstacles as German soldiers fired at them from hilltop perches.


These underwater demolition teams cleared the way for the largest amphibious assault in history on June 6, 1944, which led to the liberation of Western Europe and contributed to the defeat of Nazi Germany a year later.


The frogmen were among the first to step ashore and die. They carried out their mission despite having little defense against relentless machine gun and artillery fire.


They were among the Normandy war dead honored Thursday during a dedication of a Lone Sailor statue on a plaza overlooking Utah Beach. It was one of several ceremonies in the region commemorating the 75th anniversary of D-Day.


“The Lone Sailor monument represents all these sailors and Marines that lost their lives at sea — and what they have given to us,” said Adm. James Foggo (seen in the below photo), head of the Navy’s Europe and Africa command, according to a statement. “Victory in Europe would not have been possible without the determination and sacrifice of those sailors, soldiers and Marines here on Utah Beach, 75 years ago today.”


The statue is one of 17 Lone Sailor monuments and is the first to be placed outside the United States.


Foggo noted that the frogmen were the forerunners of the Navy SEALs and a crucial part of the invasion force. 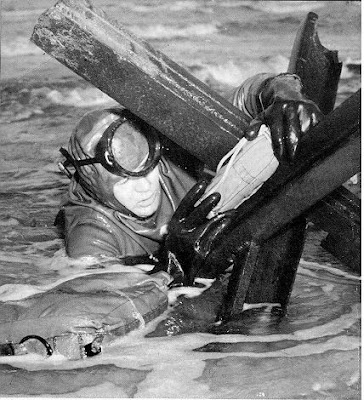 The frogmen swam and waded through waters in a combat zone with no wetsuits or diving gear, submerging only as long as they could hold their breaths. The Navy adopt scuba gear in 1948 and started the SEALs in 1962. 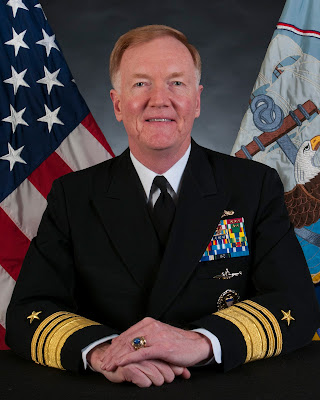 Note: My late father, Edward Miller Davis, was a UDT Chief Petty Officer who served in the Pacific War.
Posted by Paul Davis at 3:13 PM