Two Charged In 16-Ton, $1B Philly Port Cocaine Bust, ‘One Of Largest Seizures In U.S. History’ 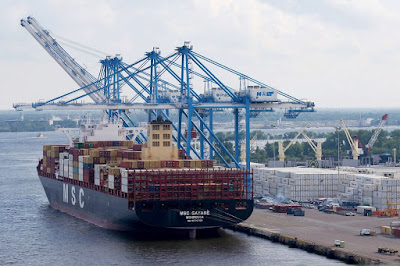 Jeremy Roebuck at the Philadelphia Inquirer offers a piece on the 1-billion-dollar cocaine bust at the Port of Philadelphia.


Federal authorities on Tuesday seized more than 16 tons of cocaine from a cargo ship docked at the Port of Philadelphia — a massive haul whose estimated worth of more than $1 billion made it one of the largest cocaine busts in the nation’s history.


Two members of the ship’s crew, including its second mate, were charged with violations of federal maritime drug trafficking laws. According to court filings, both men confessed to helping haul dozens of bales of cocaine aboard from at least 14 smaller boats that approached the vessel while plying waters to and from Peru.


The investigation appeared to be far from over. Investigators from at least six city, state, and federal agencies — including U.S. Customs and Border Protection and Homeland Security Investigations — continued to scour the ship Tuesday night, while authorities said others could be charged in the coming days.