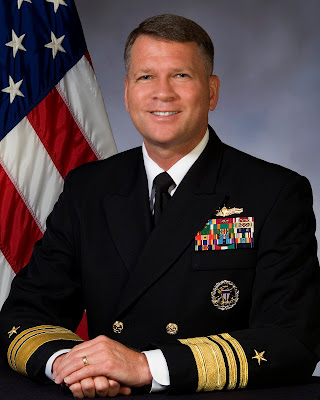 WASHINGTON, Jan. 6, 2011 - Though China has demonstrated its ability to field advanced military prototypes speedily, how soon it can put those capabilities to use remains a key question, the Navy's intelligence chief said yesterday.

"We've been on the mark on an awful lot of our assessments," he added, "but there have been a handful of things we've underestimated."

The latest Chinese military technology has been widely reported in recent weeks. In December, high-resolution photos surfaced of a Chinese aircraft that appears to be a large stealth fighter.

The previous week, Navy Adm. Robert F. Willard, commander of U.S. Pacific Command, was quoted in a Japanese newspaper as saying a Chinese anti-ship ballistic missile, the Dong Feng 21D or DF-21D, has been extensively tested and now is considered to be at initial operational capability.

During his meeting with reporters, Dorsett said Chinese advances should be viewed in perspective. Their stealth fighter, he said, will not be fully operationally capable for years, and the DF-21D anti-ship ballistic missile system has been test-fired over land, but is not believed to have been tested over water against maneuvering targets.

But recent developments in ballistic-missile technology has increased the probability that China could hit a maneuvering target -- such as an aircraft carrier -- with a missile salvo, Dorsett said. "How proficient they are, or what that level of probability is, we don't know," he said. "And frankly, I'm guessing that they don't know."

China's stealth aircraft, he said, likely is in early development. Based on pictures he has seen of the Chinese so-called J-20 stealth aircraft, Dorsett said, it's not clear when it will be fully tested and operational.

"Over the years, the Chinese military doctrine was 'hide and bide' –- hide your resources and bide your time," Dorsett said. "They now appear to have shifted into an era where they're willing to show their resources and capabilities."

While China is providing more insight, Dorsett said, "Still, the lack of transparency into what they're doing, the lack of openness, remains a concern for us."

Another concern is China's ability to become operationally proficient in a joint, sophisticated combat environment, he said.

"I don't see China [with] those capabilities right now. I see them delivering individual components, individual weapons systems," Dorsett said. "So one of the areas that I focus on is how good are they at developing their operational proficiency to manage across the spectrum of warfare.

"That's one [area] where I don't want to get the assessment wrong," he continued. "I want to get it pretty right on about when we think they're going to become operationally proficient."

It's clear the Chinese are modernizing across a broad array of weapons systems, Dorsett said.

"Their economy is such that they can invest, and have been able to invest this decade, quite heavily in a military buildup," he added.

China's advances in procuring modern military equipment should not be a surprise, Dorsett said, but the speed of their progress has been.

"I am intrigued by the developments. I am quite interested in the quantities and different types of technology that have been developed that we either didn't expect or we underestimated," he said.

Still, Dorsett said, fielding a prototype is just the first step toward integrating it into routine military operations.

"For example, while they're developing technology and capabilities, it has just been [during] the last year and a half, two years, that we've seen the Chinese navy deploy out of area for any period of time," he said.

"In ... late 2008, when they deployed a three-ship task group to the Gulf of Aden to conduct counterpiracy operations, that was a big step for them," Dorsett added. "Three ships to the Gulf of Aden, compared to what the U.S. Navy does on a daily basis, ... you can't contrast the two, because the difference is so great."

China lacks some basic components of advanced military power, Dorsett said: integrated intelligence, surveillance and reconnaissance capability, anti-submarine warfare capability, a level of sophistication in joint warfighting, and mature operational proficiency across the board.
"So what would be dangerous for us is to overestimate them today but underestimate [the] timeline of trying to synchronize these various elements together," he said.

The Chinese "game plan" is to gradually build to global power, Dorsett said, offering their planned aircraft carrier capability development as an example.

"They've got a used, very old Russian carrier that they're going to probably start conducting sea trials with later this year," he said. "They are planning on building indigenous aircraft carriers that will come into their order of battle later on, over the next decade."

But by 2020, Chinese aircraft carrier proficiency and capability will still be very limited, Dorsett said, because integrating flying aircraft into not just flight deck operations but battle group operations "takes a fair amount of time."

"The U.S. Navy has had ... 100 years of flight activity. So it's going to take time for them to build that capability," he said. "They're pragmatic; they've got a game plan that deals in decades."
Dorsett said in his view, China is trying to build a navy that becomes a near-term regional power, with long-term significant global implications in support of their nation.

"They want a naval force that can be deployed to protect their resource flow or their vital national interests, such as the anti-piracy operations," he said.

While the Chinese plan to build a massive military infrastructure is long-range, their pursuit of technological capability is much quicker, Dorsett said, noting that over the last 10 years, China has developed a "competent capability" in intelligence, surveillance and reconnaissance systems and over-the-horizon radars.

"Ten years from now, we expect a much greater increase in the number of satellites they have in orbit and their capability to fuse information," he said.

The Chinese are maturing in their use of capabilities, Dorsett said. "But have you seen them deploy large groups of naval forces?" he added. "No. Have we seen large, joint, sophisticated exercises? No. Do they have any combat proficiency? No. That's what I'm saying –- they are at the front end of developing that military capability."

While developments in Chinese maritime, ballistic missile and stealth fighter capability deserve attention, Dorsett said, "The area and the technology that I'm most concerned about is China's focus and attention on trying to develop capabilities to dominate in the electro-magnetic spectrum, to conduct counter-space capabilities, and clearly to conduct cyber activities."

The Chinese write about what they call joint informationalized operations and attempting to dominate the electromagnetic environment, Dorsett said.

"In fact, you see throughout their training, their exercises, they attempt to employ a wide range of electronic warfare and electromagnetic control mechanisms," he said. "They try to really use space –- so all of these things that are nonkinetic are pretty crucial to warfare for China. But guess what? In the Information Age, they need to be critical elements for all nations."

Nonkinetic and information warfare and dominating the electromagnetic spectrum are key components of warfighting for the future, Dorsett said. "We really shouldn't focus excessively on China," he added. "We should focus on information capabilities and how nations might employ those in the future."

Dorsett said the United States and China are focused on a new area of warfare that other nations also are looking at and developing.

"We're going through a transformation, if not a revolution, in military capabilities these days -- and it's more toward the information, the nonkinetic, the cyber side of the house," he said.
The United States military is in the midst of that paradigm shift, Dorsett said.

Roadside bombs and insurgents on the ground pose a great threat to U.S. troops in Afghanistan, Dorsett said, but the present war shouldn't prevent defense experts from planning for future conflicts.

"I do think [in future conflicts] we'll use advanced technologies, advanced capabilities, and [be] much more nonkinetic than we've ever seen in the past," he said. "So [the Defense Department] is, in fact, preparing for that."

The U.S. military must also maintain its combat capability and proficiency in irregular warfare, such as the fight in Afghanistan, he said.

"We really need to commit the right resources to win in Afghanistan, to be successful there, but at the same time, ... we are looking at other elements of warfighting, especially on the information side, where we need to make improvements," Dorsett said. "It's not either-or. It's both, and at the same time, we're going through a significant transition."
Posted by Paul Davis at 9:10 AM