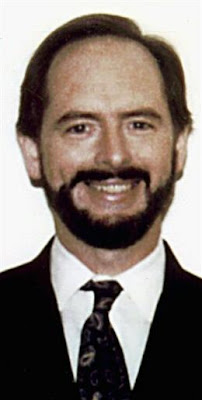 The U.S. Justice Department in Portland, Oregon announced yesterday that former CIA officer and convicted spy Harold James Nicholson, 59 (seen in the above CIA photo), was sentenced to 96 months imprisonment by U.S. District Judge Anna J. Brown following his guilty pleas to the crimes of conspiracy to act as an agent of a foreign government and conspiracy to commit international money laundering.

This 8-year prison sentence will be served following the 283-month prison sentence the defendant is currently serving in connection with his 1997 espionage conviction in the Eastern District of Virginia.

Pursuant to the plea agreement both parties requested the court imposed the 8-year consecutive sentence. This case represents the first time a convicted spy has been convicted of new crimes involving a foreign country they spied for, while serving a sentence for espionage.

Harold J. Nicholson, a former Central Intelligence Agency (CIA) employee, is serving a 283-month sentence at the Federal Correctional Institution (FCI) in Sheridan, Ore., for a 1997 conviction of conspiracy to commit espionage.

Harold J. Nicholson admitted that during the course of the conspiracy he met with his son Nathaniel on several occasions at FCI Sheridan and provided Nathaniel information intended for the Russian Federation.

Defendant admitted that it was part of the conspiracy that Nathaniel would travel to several locations including San Francisco; Mexico City; Lima, Peru and Nicosia, Cyprus, to meet with agents of the Russian Federation. At these meetings, Nathaniel provided the Russian Federation information from the defendant and collected money for the defendant’s past espionage activities.

“Today, former CIA official Harold Nicholson is being held accountable for once again violating his oath to protect America’s national security,” said David Kris, Assistant Attorney General for National Security. “While imprisoned for a prior espionage conviction, Nicholson dispatched his son around the globe to pass information to and receive cash payments from agents of the Russian Federation. The many agents, analysts and prosecutors who uncovered and put an end to this continued betrayal deserve our thanks.”

Dwight C. Holton, U.S. Attorney for Oregon, stated, “Harold Nicholson betrayed his country and he betrayed his family -- and stooped so low as to involve his son in his corrupt scheme to collect money for his spying. For his new crimes, Nicholson will spend an additional 8 years in prison. Law enforcement and the Bureau of Prisons should be commended for an outstanding investigation uncovering these serious crimes.”

“At a global level, this investigation shows that international espionage is a threat America still faces, decades after the end of the Cold War,” said Arthur Balizan, Special Agent in Charge of the FBI in Oregon, “On a personal level, it shows the damage a father can do as he manipulates a son into a world of dishonor.”

The FBI and the Federal Bureau of Prisons investigated this case. Assistant U.S. Attorneys Pamala Holsinger and Ethan Knight of the U.S. Attorney’s Office for the District of Oregon prosecuted this case. Trial Attorney Patrick Murphy of the Counterespionage Section of the Justice Department’s National Security Division also assisted.
Posted by Paul Davis at 6:44 AM