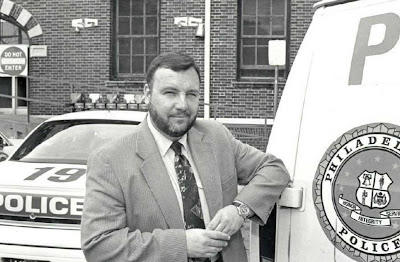 In light of the incendiary devices sent to various Maryland government offices, I though I would reprint one of my On Crime & Security columns on mail security.

A poisonous powder was discovered in the mailroom of the Palm Beach County, Florida Courthouse on January 11th.

The powder, determined to be Tellurium, was discovered in two envelopes. The five people who touched the envelopes were processed through a decontamination tent set up outside of the courthouse. They removed their clothing and were sprayed with decontamination chemicals, then showered and put on paper suits. The investigation is ongoing.

The incident brings to mind the anthrax sent to a newspaper editor in nearby Boca Raton in 2001. The editor died after being exposed to the anthrax, which was mailed in a letter from an anonymous sender. That case is still open.

This incident also brings to mind the idea that we all need to practice good mailroom security -- even if the mailroom is just a table in the back room, your kitchen table or your desk in your home office.

According to the U.S. Postal Inspection Service, few aspects of our society are as safe as the U.S. Mail. The postal inspectors say they have investigated an average of 16 mail bombs over the past few years while the postal service has processed 170 billion pieces of mail.

That said, the postal inspectors have teamed up with three other federal law enforcement agencies -- the Department of Homeland Security, the FBI and the Bureau of Alcohol, Tobacco, Firearms and Explosives (ATF) - to promote mailroom security and increase public awareness of the threat of receiving deadly material in the mail.

The four agencies have produced a poster, "Suspicious Mail or Packages, which can be downloaded at www.usps.com/postalinspectors/pos84.pdf.

"By providing a single, uniform message from the federal agencies that most often assist with suspicious mail or packages, we can help increase awareness and preparedness among all mailers, businesses and employees," said Chief Postal Inspector Lee R. Heath.

"Although the odds of receiving dangerous mail are extremely unlikely, this poster belongs in every mailroom in the country," Heath added.

The FBI tends to get most of the publicity, but the Postal Inspection Service is the primary law enforcement arm of the U.S. Postal Service and has the responsibility to investigate crimes associated with the mail.

The Postal Inspection Service is in fact one of the oldest law enforcement agencies in America, having been founded by Ben Franklin in 1772.

The postal inspectors are federal law enforcement officers who carry firearms, make arrests and serve federal search warrants and subpoenas. They investigate a variety of crimes that adversely affect or fraudulently use the U.S. Mail and postal system.

Over the years, I've covered the Postal Inspection Service, as well as the FBI and other federal and local law enforcement agencies, and I've come to know several inspectors. I've found them to be competent and hard-working law enforcement officers. The inspectors have investigated the anthrax case, the Unabomber case and many other cases involving chemicals and explosives.
With this vast experience, the postal inspectors point out that although the appearance of mail bombs may vary greatly, they have common characteristics:

Mail bombs may have excessive postage. Mail bombers generally don't want to deal face-to face with a postal clerk behind a counter, so they slap on extra postage.

The return address may be fictitious or non-existent.

The postmark may show a different location than the return address.

Mail Bombs may bear restricted endorsements, such as "Personal" or "Private." This is particularly important when the addressee does not usually receive personal mail at the office.
Mail bombs may display distorted handwriting, or the name and address may be prepared with homemade labels or cut-and-paste lettering.

Parcel bombs may be unprofessionally wrapped with several combinations of tape used to secure the package, and may be endorsed "Fragile -- Handle With Care," or "Rush -- Do Not Delay."

Letter bombs may feel rigid, or appear uneven or lopsided.

Package bombs may have an irregular shape, soft spots or bulges.

Mail bombs may have protruding wires, aluminum foil, or oil stains, and may emit a peculiar odor.

The postal inspectors advise you to immediately call 911 if you encounter a suspicious letter or package. Don't open the article, they say. Isolate the suspect parcel and evacuate the immediate area.

Don't put the letter or package in water or a confined space, such as a desk drawer or cabinet. Don't open, smell or taste the contents.

If possible, open windows in the immediate area to assist in venting potentially explosive gases.

Lastly, the postal inspectors advise you not to be concerned if the item turns out to be innocent. Better safe than sorry, as the saying goes.
Posted by Paul Davis at 9:22 AM