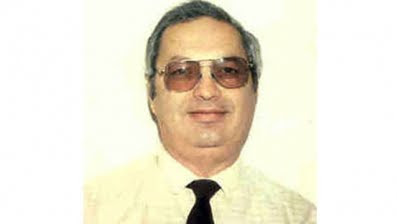 On Aug. 9, 2010, following six days of deliberation after a trial spanning nearly four months in Honolulu, a federal jury found Gowadia guilty of five criminal offenses relating to his design for the PRC of a low-signature cruise missile exhaust system capable of rendering a PRC cruise missile resistant to detection by infrared missiles.

The jury also convicted Gowadia in three counts of illegally communicating classified information regarding lock-on range for infrared missiles against the U.S. B-2 bomber to persons not authorized to receive such information. The B-2 bomber is one of America’s most critical defense assets, capable of utilizing its stealth characteristics to penetrate enemy airspace and deliver precision guided weapons on multiple targets.

Gowadia was also convicted of unlawfully exporting classified information about the B-2, illegally retaining information related to U.S. national defense at his home, money laundering and filing false tax returns for the years 2001 and 2002.

“Mr. Gowadia provided some of our country’s most sensitive weapons-related designs to the Chinese government for money. He is now being held accountable for his actions. This prosecution should serve as a warning to others who would compromise our nation’s military secrets for profit. I commend the prosecutors, analysts and agents - including those from the FBI and the Air Force - who were responsible for this investigation and prosecution,” said Assistant Attorney General Kris.

“Justice is finally done in this lengthy and complex case where highly classified information and sensitive technology was unlawfully disclosed and transferred to the People’s Republic of China, and other persons and entities as well. Mr. Gowadia went beyond disclosing information to China, he performed defense work in that nation with the purpose of assisting them in their stealth weapons design programs. While the full damage of his activities may never be known, we are comforted that justice has been done, and that Mr. Gowadia will spend 32 years in federal prison, incapable of betraying the United States of America again. It must be remembered also that Mr. Gowadia’s sentence also addresses his creation of an international identity to hide his income and launder his ill gotten gains. I deeply appreciate the hard work of the FBI, the U.S. Air Force Office of Special Investigations, and the IRS Criminal Investigation Division in assisting us in obtaining the espionage, arms export, tax and money laundering convictions in this important case,” said U.S. Attorney Nakakuni.

“Along with our partners in the law enforcement and intelligence communities, the FBI will continue to pursue anyone who attempts to sell America’s national security secrets for personal gain. The safety of the American people remains our highest priority, and we will use every tool at our disposal to find, stop, and prosecute anyone engaging in espionage,” said Frank Montoya, Special Agent in Charge of the Honolulu Division of the FBI.

“This case has set the example for interagency cooperation focused singularly to protect Americans from harm. The sentencing reflects the successful prosecution of Mr. Gowadia for espionage and other crimes and highlights the many contributions of AFOSI personnel and our partner organizations worldwide,” said Brigadier General Kevin Jacobsen, Commander, U.S. Air Force Office of Special Investigations (AFOSI).”

“This defendant betrayed us in at least two ways, said Marcus Williams, the IRS Special Agent in Charge of Hawaii. Not only did he sell out his country for personal gain, but he also cheated us all out of the tax owed on those ill-gotten gains. In short, his actions were despicable from beginning to end,” said Marcus Williams, Internal Revenue Service (IRS) Special Agent in Charge of Hawaii.

Gowadia was first arrested in October 2005 on a criminal complaint alleging that he willfully communicated national defense information to a person not entitled to receive it. He was charged with additional violations in a 2005 indictment, a 2006 superseding indictment and a 2007 second superseding indictment.

According to information produced during the trial, Gowadia was an engineer with Northrop Grumman Corporation from approximately 1968 to 1986, during which time he contributed to the development of the unique propulsion system and low observable capabilities of the B-2 Spirit bomber, sometimes referred to as the “Stealth” bomber. Gowadia also continued to work on classified matters as a contractor with the with the U.S. government until 1997, when his security clearance was terminated.

Evidence at the trial revealed that from July 2003 to June 2005, Gowadia took six trips to the PRC to provide defense services in the form of design, test support and test data analysis of technologies for the purpose of assisting the PRC with a cruise missile system by developing a stealthy exhaust nozzle. At the time of his arrest, Gowadia had been paid at least $110,000 by the PRC. The jury convicted Gowadia of two specific transmissions of classified information: a PowerPoint presentation on the exhaust nozzle of a PRC cruise missile project and an evaluation of the effectiveness of a redesigned nozzle, and a computer file providing his signature prediction of a PRC cruise missile outfitted with his modified exhaust nozzle and associated predictions in relation to a U.S. air-to-air missile.

The prosecution also produced evidence that documented Gowadia’s use of three foreign entities he established and controlled, including a Liechtenstein charity purportedly for the benefit of children, to hide, launder and disguise the income he received from foreign countries. Gowadia admitted on cross examination at trial that he never donated money to any charity using the foundation, despite repeatedly representing that he did to the IRS and others. In addition to demonstrating that Gowadia under-reported his income and falsely denied having control over foreign bank accounts for the two tax years involved in his convictions, the evidence at trial revealed that Gowadia had not paid any income tax since from at least 1997 until 2005 when he was arrested. Trial evidence showed that during this time Gowadia built a luxurious ocean side home located on a cliff in Maui, Hawaii.

The case was prosecuted by Assistant U.S. Attorney Ken Sorenson of the U.S. Attorney’s Office for the District of Hawaii and Senior Trial Attorney Robert E. Wallace Jr., of the Counterespionage Section of the Justice Department’s National Security Division.

You can read my piece on Gowadia and the rise of Chinese espionage in the United States that appeared in Counterterrorism magazine via the below links:

http://home.comcast.net/~pauldavisoncrime/pwpimages/ChineseEspionageOnTheRiseInUS3.jpg
Posted by Paul Davis at 2:14 AM