Light Out, Huck, They Still Want To Sivilize You 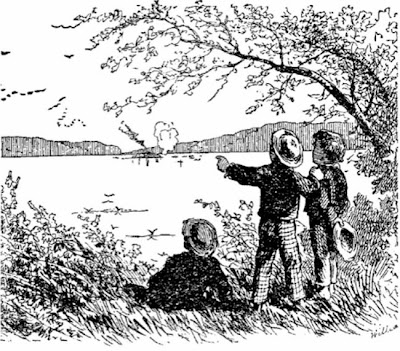 Michiko Kakutani at The New York Times weights in against the idea of changing Mark Twain's great classic Adventures of Huckleberry Finn.

Haven’t we learned by now that removing books from the curriculum just deprives children of exposure to classic works of literature? Worse, it relieves teachers of the fundamental responsibility of putting such books in context — of helping students understand that “Huckleberry Finn” actually stands as a powerful indictment of slavery (with Nigger Jim its most noble character), of using its contested language as an opportunity to explore the painful complexities of race relations in this country. To censor or redact books on school reading lists is a form of denial: shutting the door on harsh historical realities — whitewashing them or pretending they do not exist.

Mr. Gribben’s effort to update “Huckleberry Finn” (published in an edition with “The Adventures of Tom Sawyer” by NewSouth Books), like Mr. Foley’s assertion that it’s an old book and “we’re ready for new,” ratifies the narcissistic contemporary belief that art should be inoffensive and accessible; that books, plays and poetry from other times and places should somehow be made to conform to today’s democratic ideals. It’s like the politically correct efforts in the ’80s to exile great authors like Conrad and Melville from the canon because their work does not feature enough women or projects colonialist attitudes.

You can read his piece via the link below: