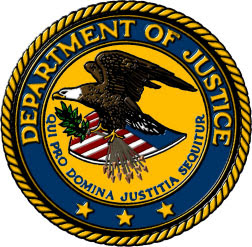 The U.S. Justice Department released the below information today:
*
Aurelio Cano Flores, a Mexican national and high ranking member of the Gulf Cartel, was found guilty today by a federal jury of conspiring to import multi-ton quantities of cocaine and marijuana into the United States, announced Assistant Attorney General Lanny A. Breuer of the Justice Department’s Criminal Division and Administrator Michele M. Leonhart of the Drug Enforcement Administration (DEA).
*
Cano Flores, 40, aka “Yankee” and “Yeyo,” was convicted by a federal jury in U.S. District Court in the District of Columbia. Cano Flores was one of 19 defendants charged in a superseding indictment on Nov. 4, 2010, with conspiracy to manufacture and distribute five kilograms or more of cocaine and 1,000 kilograms or more of marijuana for importation into the United States. Cano Flores was extradited to the United States from Mexico in August 2011 and was ordered detained in federal custody pending trial.
*
“Aurelio Cano Flores was convicted today of leading one of the world’s most notorious criminal organizations in a conspiracy to traffic massive quantities of illegal drugs into the United States,” said Assistant Attorney General Breuer. “Cano Flores is the highest ranking Gulf Cartel member to be convicted by a U.S. jury in the past 15 years, and his conviction demonstrates the Justice Department’s commitment to hold ruthless cartel leaders responsible for importing narcotics into the United States – no matter where they conduct their illegal business. Along with our domestic and international law enforcement partners, we will continue to bring our resource to bear to ensure that cartel members and associates are brought to justice for the damage they inflict on both sides of the border.”
*
“Our strategy of targeting the highest levels of the Gulf Cartel continues to pay off,” said DEA Administrator Leonhart. “DEA and our law enforcement counterparts on both sides of the border remain committed to using every law enforcement tool available to attack these criminal organizations, while taking out their financial infrastructure to thwart their illicit business models and deprive them of their ill-gotten gains.”
*
Evidence presented at trial included dozens of lawfully intercepted telephone conversations between Cano Flores and other leaders of the Gulf Cartel, as well as testimony from previously convicted Cartel members. According to evidence presented at trial, Cano Flores began working for the Gulf Cartel in approximately 2001 while serving as a police officer in Mexico. While serving as a police officer, Cano Flores recruited others into the Gulf Cartel, collected drug money and escorted large shipments of cartel drugs to the U.S. border.
*
Cano Flores ultimately rose through the ranks of the Gulf Cartel to become a major transporter of narcotics within Mexico to the U.S. border and became the cartel’s top representative in the important border town of Los Guerra, Tamaulipas, Mexico. As the “plaza boss” for Los Guerra, Cano Flores oversaw the mass distribution of cocaine and marijuana into the United States on a daily basis. Testimony also established that between 2000 and 2010, the Gulf Cartel grew from an organization of only 100 members controlling three border towns to an organization of 25,000 people controlling the drug trade over approximately half of Mexico. As established during the trial, the means and methods of this conspiracy included corruption, murder, kidnapping and intimidation.
*
At sentencing, scheduled for May 13, 2013, before U.S. District Judge Barbara J. Rothstein, Cano Flores faces a mandatory minimum sentence of 10 years in prison and a maximum sentence of life in prison.
*
The case was prosecuted by Trial Attorneys Darrin McCullough and Sean Torriente of the Criminal Division’s Narcotic and Dangerous Drug Section. The Criminal Division’s Office of International Affairs provided significant assistance in the provisional arrest and extradition of Cano Flores. The investigation in this case was led by the DEA Houston Field Division’s Organized Crime Drug Enforcement Strike Force and the DEA Bilateral Investigation Unit.
Posted by Paul Davis at 7:29 PM