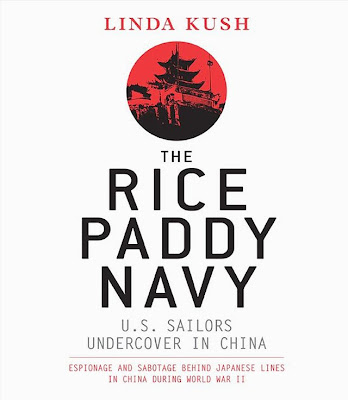 The U.S. Navy conducting intelligence operations in the inner regions of China? Including arming and directing guerrilla bands to fight the Japanese?

As far-fetched as that might sound, such is exactly what happened in World War II, in what was one of the best kept secrets of the war. Although several books have been published about the “rice paddy navy,” Linda Kush's book is the most thorough exploration of the work of an extraordinary joint venture, the Sino-American Cooperative Organization (SACO).

Two conflicts were being waged in China in the 1940s — the struggle against Japanese invaders and the civil war between communist insurgents and the government of Chiang Kai-shek.

The driving force behind SACO was Comdr. Milton “Mary” Miles, who had served for eight years in China in the 1920s and 1930s on river parole boats. (His feminine nickname was bestowed on him by Annapolis classmates, a takeoff on the name of the popular silent screen actress Mary Miles Minter.)