Independence Visitor Center In Philadelphia Reopens After Threat of Suspicious 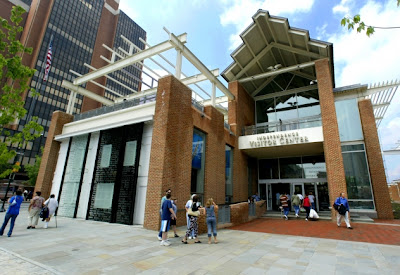 Sulaiman Abdur-Rahman at the Philadelphia Inquirer reports on the security threat at the Independence Visitor Center in Philadelphia.

Philadelphia police, including the bomb squad, have given the all-clear after a few tense moments at the Independence Visitor Center and adjoining garage.

Concerns about the possible existence of a bomb had closed the tourist site shortly after noon. It reopened just before 1:30 p.m.

Lt. Joseph McGarrey said the center was evacuated after a "suspicious person" dressed in camouflage fatigues and driving a vehicle loaded with many "items" - including paper and clothing - was detained for questioning.

He said the center at 6th and Market Streets was searched by police dogs and the bomb squad, and no explosives were found.

The center had been blocked off with police tape along its 6th Street side. It is across Market Street from the Liberty Bell.