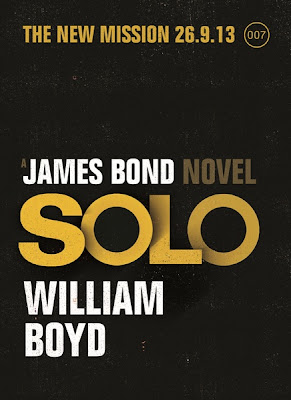 MI6 reports from The London Book Fair, where William Boyd, author of the new Bond continuation novel 'Solo', was 'author of the day' and was interviewed by Erica Wagner, Literary Editor of The Times.

... I think what is apparent, as soon as I started thinking about the book was that everybody thinks about Bond in terms of the films, inevitably, because they're so successful. Fleming died in 1964 but the latest Bond film came out just last year. So, Bond in the popular imagination is a celluloid Bond. Because of the nature of the medium and because of the nature of the film franchise, the difference between the cinematic Bond and the literary Bond is marked. I re-read every Bond novel and Bond short story in chronological order before I started writing my own, and Fleming gives you a massive amount of information about Bond: His inner life; his back story; his education; his likes; his dislikes; his phobias; his passions. So, as a character in a novel, there's this incredible richness, whereas in a film - because film is photography - it's very hard to be subjective. So, you see Bond, you see what he gets up to, but I feel that you just don't know him at all. The literary Bond is a far more complex and nuanced creature than even a brilliant actor like Daniel Craig can portray.

You can also read the Ian Fleming Publications' press release on the publication of William Boyd's Solo via the below link: