Takedown: Inside The Hunt For Al Qaeda 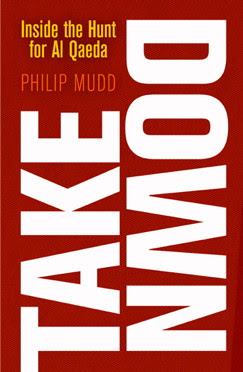 Joshua Sinai wrote a good review of Philip Mudd's Takedown: Inside the Hunt for Al Qaeda for the Washington Times.

"Takedown: Inside the Hunt for Al Qaeda"is an insider account by a former high-level official at the CIA and the FBI about how both agencies substantially upgraded their counterterrorism capabilities after the U.S. government's failure to prevent al Qaeda's catastrophic attack on Sept. 11, 2001.

Philip Mudd is ideally positioned to discuss these issues after a distinguished 24-year career at the CIA, where he rose to become deputy head of its Counterterrorism Center, culminating in a four-year detail in 2005 to the FBI as a deputy director of its National Security Branch.

... Mr. Mudd explains that a measure of success in counterterrorism is not merely “who was captured or killed … but whether operations broke plots and destroyed the networks that could sustain long-term training and planning resulting in another strategic strike.” In this sense, Mr. Mudd concludes, “the focus on these operational figures was well founded: virtually no one, in 2001, would have bet that the United States would not have witnessed another 9/11-style event by now. In this most critical sense, the operational focus was successful. Bin Laden took nine-plus years to take down, and al-Zawahri is still out there, but their organization poses nowhere the strategic threat it did a decade ago, and its leadership is decimated beyond recognition.”