The Hell’s Angels And the Pagans In New Jersey 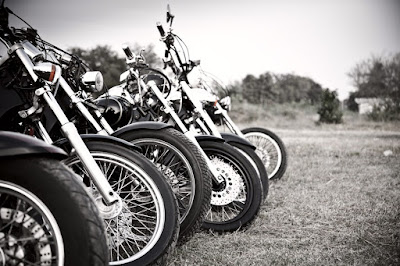 George Anastasia at jerseymanmagazine.com offers a piece on the rivalry of the Hells Angels and the Pagans in New Jersey.

The two outlaw motorcycle gang members “got together” one afternoon back in April 2018 at a gas station on Elizabeth Avenue in Newark. Shank, who had just left the Hells Angels’ clubhouse a few blocks away, stopped to get some gas for his bike.

Hell Boy, whose given name is Robert DeRonde, pulled into the station in a pickup truck. A video surveillance camera captured the action from there. DeRonde jumped out of his truck with a metal baseball bat in his hands and leveled his first shot, a two-handed swing from the right side, at Shank’s head. The biker, fortunately, was wearing a helmet. He went down, but then tried to scramble to his feet.

Hell Boy moved in, swinging from the left side this time, and cracked Shank across the back and shoulders several times. The camera then picked up two other men closing in, one wielding what appeared to be a long metal pipe that he used to bash Shank across the ribs and back.

The three hitmen then left the scene with Shank crumpled in a ball next to his bike. DeRonde, who later pleaded guilty to an assault charge and was sentenced to four years in prison, was a member of the Pagans Motorcycle Club, according to authorities. Shank was an associate of the Hells Angels. The gas station attack was a vivid example of what law enforcement investigators contend is an escalation in tension between the two rival biker gangs who are vying for control and dominance in one of the darkest and most brutal segments of the underworld.

The New Jersey State Commission of Investigation (SCI) aired the video at a hearing in Trenton back in October that focused on what investigators say is growing concern over the violent resurgence and expansion of the Pagans.

The three-hour hearing included testimony from investigators who have tracked the activities of the club. They said there has been a rise in both membership and assaults over the past two years.

The hearing also included recorded testimony about life in the biker underworld from three former club members whose voices were disguised to protect their anonymity. And finally, there were appearances by three alleged leaders of the New Jersey branch of the organization, all of whom repeatedly cited their fifth amendment right against self-incrimination while refusing to answer nearly every question posed to them.

Like the mob, the bikers believe in a code of silence.


And like the mob, bikers have always used violence as both a negotiating tool and a way to settle disputes. The beating at the gas station was a little of both. Authorities say the Pagans are trying to move into Hells Angels territory in both North Jersey and New York.