Was Hemingway A Soviet Spy?: My Washington Times 'On Crime' Column On Ernest Hemingway 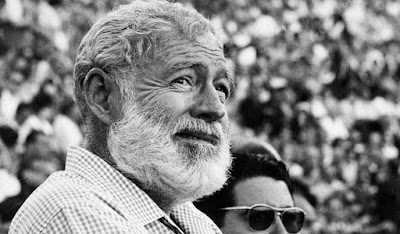 The Washington Times ran my On Crime column on Nicholas Reynolds (seen in the below photos), author of Writer, Sailor, Soldier, Spy: Ernest Hemingway's Secret Adventures, 1935-1961.

You can read the column via the below link or the below text: 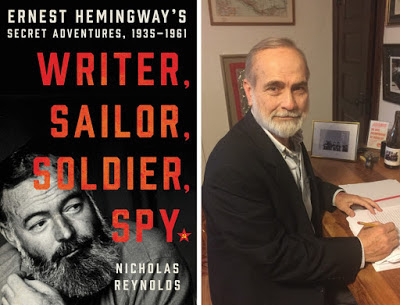 I’ve been an Ernest Hemingway aficionado since my early teens. Like many others, I believe Hemingway is the greatest and most influential writer of the 20th century.

Hemingway’s detractors disparage his work by emphasizing his bragging, bullying and boozing.

Although Col. David Bruce of the OSS and Col. Buck Lanham attested to Hemingway’s bravery and active participation in combat during World War II, his critics like to zero in on his time as a WWII combat correspondent and brand him as a coward, a liar and a fake journalist.

But the worst accusation against him, in my view, is that Hemingway was a Soviet spy.

According to Soviet and American records, Hemingway was recruited by the Soviet NKVD, the predecessor of the KGB, in December 1940.

Did he commit the crime of espionage? I asked Nicholas Reynolds, the author of “Writer, Sailor, Soldier, Spy: Ernest Hemingway’s Secret Adventures, 1935-1961?”

“I’d say no,” Mr. Reynolds replied. “The American espionage statutes are loosely-written and he did not violate those. He did arguably violate something called the Foreign Agent Registration Act. If you’re an agent of a foreign government, you have to register.”

I asked Mr. Reynolds, an Oxford-trained historian, former Marine and CIA officer, and former historian at the CIA Museum, why he wrote his most interesting book.

“I was working at the CIA Museum and I was researching World War II intelligence history. I remembered that Hemingway had something to do with the Office of Strategic Services, OSS, in World War II,” Mr. Reynolds said.

He said he read a book called “Spies.” Written by John Earl Haynes, Harvey Klehr and a former KGB officer named Aleander Vassiliev, the book is about Soviet espionage in the United States in the 1930s and 1940s. Mr. Reynolds discovered a chapter on Hemingway that revealed Hemingway had been recruited by the NKVD.

“That upset me a little bit as a lifelong Hemingway fan and a CIA employee. Hemingway always stood for his own brand of rugged Americanism,” Mr. Reynold said. “Rugged Americanism doesn’t usually include spying for the Soviets.”

Mr. Reynolds did more research on his own, writing a journal article and later the book.

In the 1930s, Mr. Reynolds said, the NKVD viewed Hemingway as much as a journalist as a novelist and journalists were high on the NKVD list. He explained that the Soviets recruited journalists as they could interpret the news for a largely isolated country and perform other tasks such as meeting with the many Soviets spies embedded in the U.S. government.

In Hemingway’s letters he admitted to doing odd jobs for the NKVD, but no doubt the red spooks were disappointed that Hemingway never truly engaged in actual espionage for them.

But he did in fact spy for the United States during WWII. Recruited by the American Embassy in Havana, Hemingway formed an informal intel group he called the “Crook Factory.” His agents were bartenders, wharf rats, former bullfighters, priests and exiled counts. He later used his boat and crew to seek out German submarines off the coast of Cuba.

“I think you see a guy genuinely trying to make a contribution to the war effort,” Mr. Reynolds said. “He hated the idea of just being a bystander. He didn’t want to be just a journalist who’s watching, he wanted to be a participant. One of the unifying themes I see in his life is his anti-fascism. He wants to fight Hitler, Mussolini and Franco. There were some comic-opera aspects to the Crook Factory and the hunt for the German submarines, but he was doing things the American Embassy wanted him to do.

“He was a gifted amateur. That’s why we chose the title ‘Writer, Sailor, Soldier, Spy.’ Here is a guy who did all of these things. He was in a class by himself. He was a writer, but he was reasonably accomplished in these other things too. He was a pretty good sailor and for a guy who didn’t have a day of military training, professional soldiers said he had a good sense of terrain, he knew how to operate weapon systems and he had that sixth sense that successful combat commanders have.”

Mr. Reynolds said that in the Hurtgen Forest, where the fighting was fierce, Hemingway came under heavy fire and he helped command the battalion with Lanham.

“I still love the literature, and Hemingway becomes a little more human, but any way you slice it, agreeing to work with the NKVD is a huge mistake, even if you don’t’ do much for them.

“Hemingway is a gift that keeps on giving. There are so many aspects to this man and his life.” 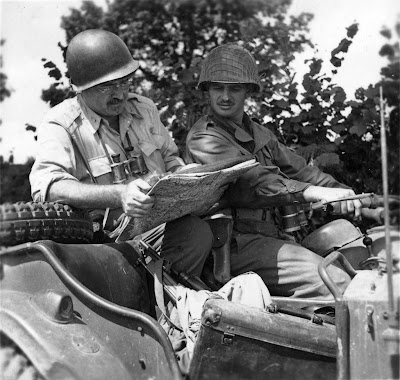 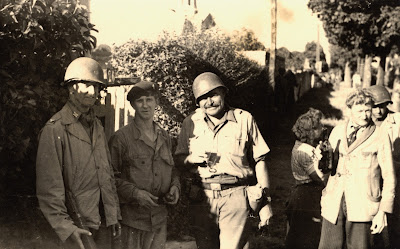 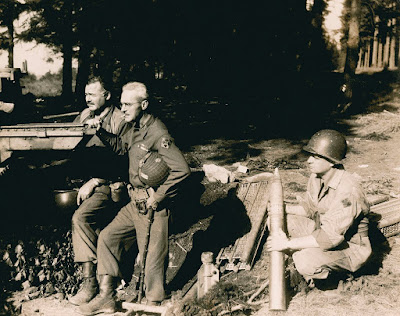 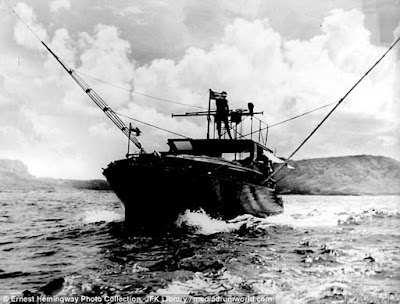 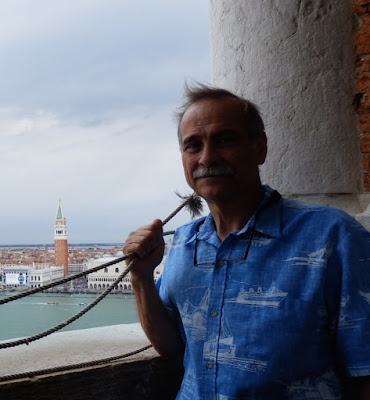