Serpico: My Washington Times 'On Crime' Column: A Look Back At Former NYPD Detective Frank Serpico 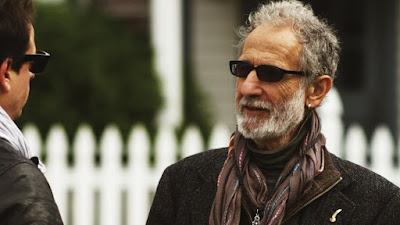 The Washington Times ran my On Crime column on Frank Serpico.

You can read the column via the below link or via the below text:
https://www.washingtontimes.com/news/2020/jan/6/a-look-back-at-former-nypd-detective-frank-serpico/
Monday, January 6, 2020 - For many, the patron saint of whistleblowers is Frank Serpico, the former NYPD detective who reported police corruption in the late 1960s and early 1970s.

Frank Serpico was profiled in a documentary film in 2017 and he was made world-famous as the subject of Sidney Lumet’s film, “Serpico,” which starred Al Pacino as the whistleblowing cop. The film was based on Peter Maas’ 1973 true crime book, “Serpico.”

“Serpico — this apparent hippie, womanizer, hedonist — had dared to do the unheard-of, the unpardonable, in police circles,” Maas wrote in his book. “Having solemnly sworn to uphold the law, he elected to do just that, to enforce it against everybody — and not, in the grand tradition of even the personally honest policeman, against everybody except other cops. He would not go along with the graft, the bribes, the shakedowns, and he refused to look the other way.

“With that decision, Serpico became unique. He was the first officer in the history of the Police Department who not only reported corruption in its ranks, but voluntarily, on his own, stepped forward to testify about it in court.”

Because of his reports and testimony, the New York mayor set up the Knapp Commission, which investigated police corruption. Frank Serpico was then ostracized by many of his fellow officers and his life was threatened. He was later shot in the face by a drug dealer during a raid and he retired from the NYPD due to his injuries.

I asked Frank Serpico how accurate the book and film were.

“The book was very accurate, but it left out a few things for whatever reason and the film was accurate according to the corruption,” Frank Serpico told me. “But there were a couple of scenes where the director and actor took license.

“I was told that Al Pacino was more me than I was, but he over-acted, like the scene where he was up against the wall showing his shield and saying, I’m a cop, I’m a cop. Certain scenes I found embarrassing.”

Did he believe that he had been set up by other cops when he was shot in the face?

“No, I never intimated that, but that is a good question. Where was my 10-13? (Call for Officer Needs Assistance). I was left there bleeding to death and they never called a 10-13. When I got out of the hospital I went to Internal Affairs and demanded to see the report. The call was a signal 10-10, (Investigate Shots Fired), which came from a civilian.

“I had the perp covered and I had my snub-nosed pointed in his stomach and my hand and shoulder jammed in the door. I turned to the cops I was with and asked them what the hell they were waiting for? I turned back and I was hit. I returned fire, hitting the perpetrator.”

He said he was left bleeding to death on the tenement floor until patrol officers drive him to the hospital.

Frank Serpico continues to speak out against police corruption. He said many cops come up to him and say that the film inspired them to become police officers. He is gratified that his story inspires good officers and that is his legacy. The culture that permeates corruption hasn’t changed, he said, but there are good cops out there who have taken up the torch.

“I don’t believe in the term ‘crooked cop,’ there is no such thing,” he said. “You are either a cop or you’re a crook. They are crooks in police uniforms. Some of these guys are cowards and hide behind the police shield and they call honest cops like me oddballs. Police corruption does not occur in a vacuum. It needs to be fertile ground for criminal-minded seedlings to take root. The myth that the department corrupts these innocent, civic-minded individuals is bogus. You must have larceny in your heart to begin with.

Although I don’t agree with Frank Serpico on some broader issues, I believe that he had and has the courage of his convictions. 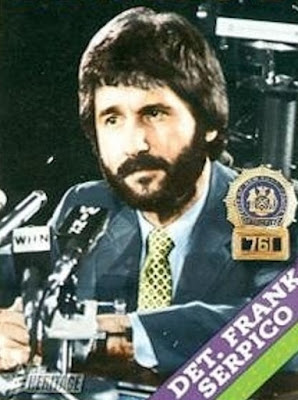 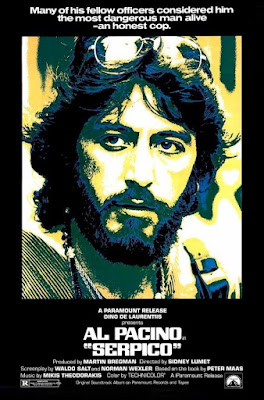 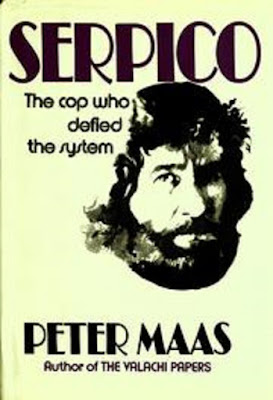