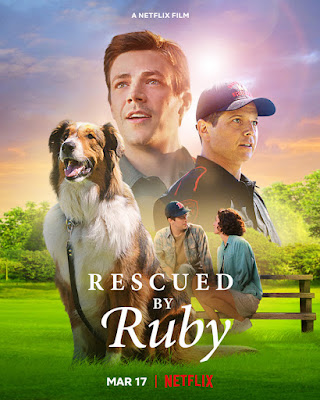 My wife and I enjoyed an interesting film on Netflix last night.

As we are both dog lovers, we thoroughly enjoyed Recued by Ruby. The film is about an incorrigible dog who is rescued from a shelter by a state trooper who dreams of joining the K-9 unit with his new dog.

The film is based on a true story.

Alex Billington at usatribunemedia.com offers the below commentary and a link to the film’s trailer.

“I have faith in you, you just need to have faith in yourself.” Netflix has revealed the first official trailer for a charming feel-good dog movie titled Rescued by Ruby, about a fluffy shelter dog finding its connection with a frigidity state trooper. How adorable. It’s actually based on a true story! Made for Netflix, this seems like the kind of stuff that Disney used to drop straight-to-VHS. Chasing his dream to join an elite K-9 unit, a state trooper named Dan partners with a fellow underdog: clever but naughty shelter pup Ruby. As you can see in the trailer, she seems to be a Border Collie – not the usual German Shepherd or Doberman K9 dogs, but that’s all good! She seems awesome enough anyway. This stars Grant Gustin, Scott Wolf, Kaylah Zander, Camille Sullivan, Tom McBeath, and Sharon Taylor. Who doesn’t like a dog movie?! At least the dog is real in this one, and it seems wholesome enough, though completely obvious in every single way.

You can read the rest of the piece and watch the film’s trailer via the below link:

Note: Below is a photo of the real Ruby and her K-9 handler: 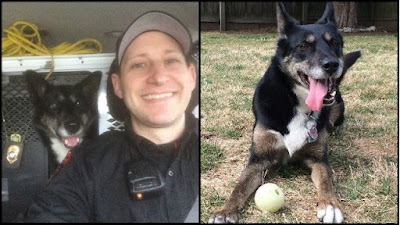