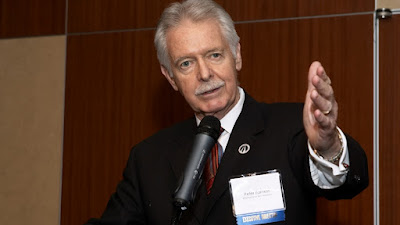 The Journal of Counterterrorism and Homeland Security International published my online Threatcon column on the late Peter Earnest.

You can read the column below:
I was saddened to learn of the recent death of Peter Earnest, a retired CIA officer and founding executive director of the International Spy Museum.
He was 88.
The International Spy Museum announced the death of Peter Earnest on February 14th.
“We are heartbroken to announce the passing of our long-serving founding executive director and dear friend Peter Earnest. Peter was a defining voice in the development of the Spy Museum more than 20 years ago. His incomparable leadership and enthusiastic determination guided us to create a new kind of institution,” the announcement stated.
“Peter’s career as a public servant spanned 36 years with the Central Intelligence Agency (CIA), including over 20 years in the Clandestine Service. In his final posting with the Agency, he served as principal spokesman, developing and implementing a strategy of greater openness with the media and the public to promote better understanding of the CIA’s vital role in protecting national security.
After his retirement from government, it was a natural transition to lead the Spy Museum where he continued to shed light on the shadow world of intelligence increasing public understanding of its crucial impact on world events. During his 16-year tenure, the Museum launched an acclaimed temporary exhibition and a groundbreaking immersive experience, transitioned to a non-profit institution, and broke ground on a purpose-built structure in DC’s L’Enfant Plaza.
Upon his retirement in 2017, Peter transitioned to the Board of Directors continuing to support the Museum and its educational mission. His steadfast devotion to the Museum and its staff was an inspiration to all. He was kind, highly intelligent, curious minded, and had a captivating charisma about him. Peter was a cornerstone of our organization, and he will live on in everything that we do. His family, including his incredible wife Karen, will forever be a part of our Spy Museum family, too. We will miss him immeasurably.”
I interviewed Peter Earnest on several occasions for Journal articles. I first interviewed Peter Earnest when I wrote a piece for the Journal called “The Myth, The Mystique and The History of Espionage.”
“The museum contributes greatly to the public’s understanding of the critical role of intelligence in the world throughout history,” Earnest told me. “The museum contributes to the research, publication and public discussion about the world of intelligence, including espionage, counterintelligence, covert action, counterterrorism, and the breakthrough developments in science and technology which so characterizes our times.”

While covering the opening of the Spy Museum’s “Weapons of Mass Disruption” exhibit in Washington D.C. for the Journal in 2010, Peter Earnest introduced me to a good number of current and former intelligence officials, including former Director of National Intelligence Admiral Mike Mullen, former CIA Director R. James Woolsey, former KGB General Oleg Kalugin, former senior FBI counterterrorism and counterintelligence executive David Major, and former Director-General of the British MI5 Stella Rimington. There was a lot of history in that room that day.Earnest introduced the speakers and explained that exhibit imagines what a cyber-attack on America’s power gris would do the country. Police and military communication systems would be crippled. There would be an uncontrollable spread of epidemic diseases, a near-total cessation of economic activity and wide-spread civil unrest.Through the use of multi-media, the exhibit illustrated the devastating impact of a coordinated attack. The exhibit showed how terrorists, spies and criminals could turn power lines into battle lines.I met Peter Earnest again 2011 at the National Constitution Center in Philadelphia at the press opening of the “Spies, Traitors & Saboteurs: Fear and Freedom in America” exhibition. The exhibit was created by the International Spy Museum in 2006 and then went on the road.“Through artifacts, multimedia elements, and interactive exhibits, visitors will uncover stories of espionage, treason, and deception in the United States from 1776 to today,” the center announced. “Visitors will discover little-known accounts of foreign agents, militias, and radicals, and learn how responses to domestic attacks have driven counterintelligence measures that continue to affect our everyday lives.”“Our purpose in doing the exhibit was primarily educational,” Earnest told the reporters. “We want to have people visit this exhibit, and for those who might be older, remind them of our past, remind them of what has gone on before us. And for those who are younger, we wanted to say that these are the things that have happened and now it is your generation that will deal with today’s threats. History has a way of repeating.”

In my dealings with Peter Earnest, I always found him to be intelligent, interesting, gracious and knowledgeable about espionage, terrorism, crime and other national security issues. He shall be missed.

Paul Davis’s Threatcon column looks at crime, espionage and terrorism. He is a longtime contributor to the Journal. 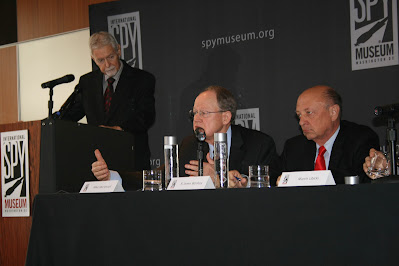 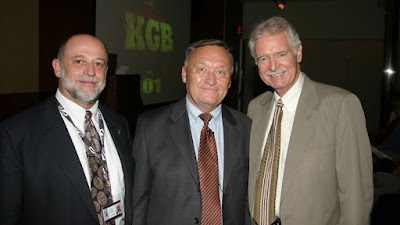 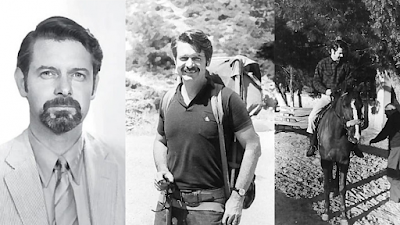 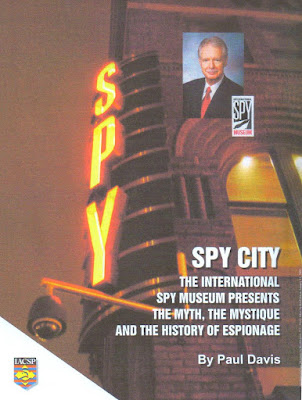