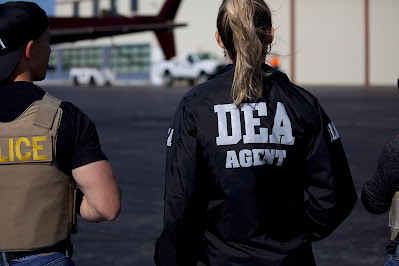 Years ago, a retired Philadelphia detective drove me through the mean streets of Kensington. I vividly recall my tour of “Ground Zero” of Philadelphia’s drug epidemic.

Driving along, I saw why this area has been called the largest open-air drug market on the East Coast. I saw scores of pathetic drug addicts sway and stagger up and down the streets near SEPTA’s Elevated Train Station.

I spoke to that retired detective again recently about drug-related crime, and he pointed a finger squarely at Philadelphia drug street gangs. He said that in addition to causing overdose deaths, the drug street gangs in Philadelphia are the cause of much of the crime, mayhem, and shooting deaths in the city. He said that the gangs’ customers steal and commit armed robbery for money to pay for their drugs.

“These ruthless, violent street gangs corrupt neighborhood children by recruiting them at an early age for their street drug operations. The drug gangs fight and shoot each other over territory and drug markets, and they can’t shoot for shit. That’s why so many innocent people get caught in the crossfire of the gang shootouts.”

Although the retired detective lives in another part of the city, he has maintained contact with the scores of friends he made while working in Kensington. Like many Kensington residents, he blames Philadelphia District Attorney Larry Krasner for turning a blind eye when it comes to drug dealers. The Philadelphia Police arrest the drug traffickers, he said, but the dealers are soon back on the street, and they are bolder than ever.

“Not prosecuting a drug user is one thing, but allowing drug traffickers to continue to commit drug crimes is another thing altogether,” he said.

He went on to note that thankfully the DEA is stepping in, and apprehended drug dealers will be prosecuted by assistant US attorneys in federal court and not by Krasner.

He was speaking of the DEA’s “Operation Overdrive.”