Ned Buntline: Meet The Novelist Who Was Lynched By An Angry Mob And Lived To Tell The Tale 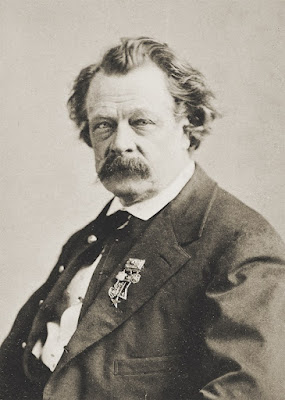 As a crime reporter and columnist for a good number of years, I received my share of hate mail and I’ve been confronted in public a couple of times by irate readers.

But unlike an earlier writer from Philadelphia, I’ve never been lynched.

Peter Carlson at Historynet.com offers a good piece on Ned Buntline (seen in the above photo), the author of dime novels that told tall tales about the lives of Wild West pioneers and lawmen.

Ned Buntline is the only American novelist who was lynched by an angry mob and lived to tell the tale, although he much preferred telling fictitious tales that made him seem heroic.

In 1846, Buntline, 23, was in Nashville, Tennessee, trying to raise money for his magazine, Ned Buntline’s Own, and romancing a local teenager. Her husband, Robert Porterfield, took umbrage and fired a pistol at Buntline. Porterfield missed, fired again, missed again. Buntline shot back, killing Porterfield. When the publisher was arraigned, a mob of Porterfield’s friends invaded the courtroom, shooting. A bullet pierced Buntline’s chest. He fled the courthouse into a nearby hotel, the horde in pursuit. Cornered on the third floor, Buntline leaped out a window. Police picked the stunned, bleeding writer off the ground and carried him to jail. Porterfield’s pals broke into the hoosegow, hauled Buntline out, and hanged him from a storefront awning. But somebody cut the rope and cops hauled Buntline back to confinement.

Newspapers reported that Buntline died that night. They were wrong. He lived another four decades, during which he published a scandal-sheet newspaper, blackmailed brothel owners, led an anti-immigrant movement, incited two riots, spent a year in prison, married six women, and wrote more than 300 pulp adventure novels. 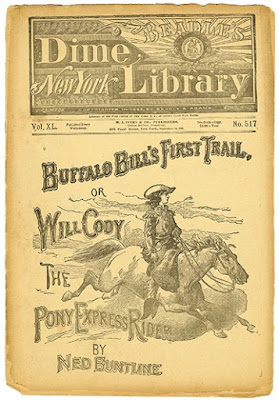