The History Of The Fourth Of July 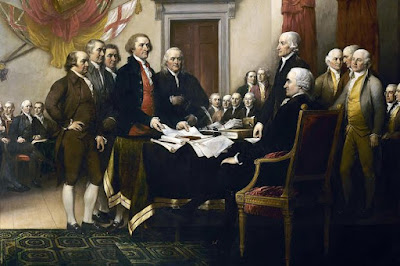 Military.com offers a primer on the history of July 4th.

On July 4, 1776, the 13 colonies claimed their independence from Great Britain, an event that eventually led to the formation of the United States. Each year on the Fourth of July, also known as Independence Day, U.S. citizens celebrate this historic event.

Which country did we declare our independence from?

The colonies, the populations of which were considered subjects of the King of England, declared their independence "from Britain's Parliament as well as King George III himself," according to History.com.

What led the colonists to seek independence?

The colonists were a melting pot of not only English, Irish and Scottish but also people from elsewhere in Europe and beyond. In many colonial communities, people spoke their native languages, adhered to the customs of their countries of origin, and practiced their own faiths (although ​​Catholicism was frowned upon if not illegal in the colonies).

But the different groups had one thing in common: "They all had to swear loyalty to the King of England and submit to the law as a British subject," the American Revolution Podcast notes.

Over time, more and more of the colonists began to resent being under the thumb of Great Britain. This tension turned to outrage when the British Parliament imposed the Stamp Act in 1765, putting a tax directly onto the colonists for the first time.

The History of the Fourth of July | Military.com