Celebrating 40 Years At The Washington Times: An important, Contrarian Voice In The Media Landscape 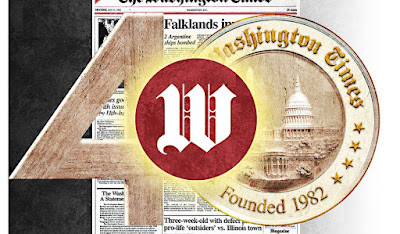 Like Michael McKenna, I too am proud to be a contributor to the Washington Times.

I’ve been a contributor to the Washington Times since 2012, offering op-eds, book reviews and a regular On Crime column.

In his column, Michael McKenna looks back at the newspaper’s’40 years.

On May 16, 1982, the media world was dominated by the editors and other gatekeepers at just a handful of major media organizations.

The New York Times routinely set the national agenda, the television networks built their news broadcasts around those stories, and other participants in the legacy media followed their lead. These gatekeepers, monochromatic in tone, temperament, beliefs, experience and education, were a pretty well-run conspiracy against the American public and a bulwark against any threat of a truly operational first amendment.

The next day, May 17, 1982, The Washington Times published its first edition and helped change all of that.

For the first time in a generation, the information monopoly — dominated by New York print and television outlets — was challenged. 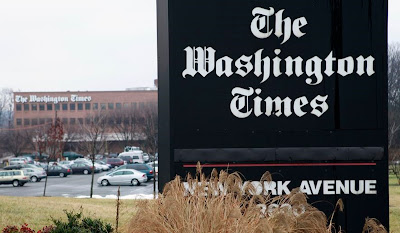 You can also read my On Crime columns via the below link:

Paul Davis On Crime: My Washington Times 'On Crime' Columns

And you can read my many op-eds and book reviews via the below link: