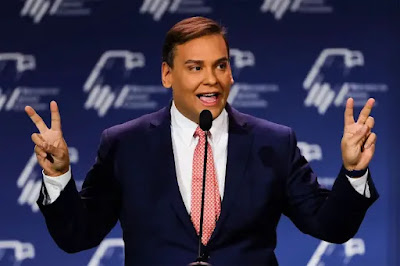 Rick: How can you close me up? On what grounds?

Renault: I'm shocked, shocked to find that gambling is going on in here!

Then a croupier hands Renault a pile of money.

Renault: Oh, thank you very much.

Much like Captain Renault, I’m shocked, shocked that a politician has lied to get elected to office.

But, as Douglas Murray at the New York Post notes, Congressman-elect George Santos takes the cake.

Why do they do it? Who needs to lie like this? I am thinking, of course, of Representative elect George Santos. But also of the whole lot of them. Of politicians as a species. Why do they feel the need to make stuff up?

It must be admitted that Santos is emerging as the undisputed top of his class of fibsters.

I can see the point. I often claim to have worked for the Dalai Lama, UN Secretary General and the Pope as their joint global emissary to solve all world conflicts. Whenever anyone points out that I haven’t left my apartment much lately I too just blame a “poor choice of words.”

Still, it is the sheer weirdness of Santos’ claims which keep striking me. It’s not just career embellishments — it is lies about pretty major things. For instance, so far the Republican has claimed that he is both Jewish and Catholic. When confronted by The New York Post about this he replied “I never claimed to be Jewish. I am Catholic. Because I learned my maternal family had a Jewish background I said I was Jew-ish.” It turns out that his family are from Brazil.

Then yesterday we learned that as recently as last year he was claiming that his mother died as a result of 9/11. Then he said she died of cancer in 2016.

What is it with this guy? Why does he feel the need to any of this? Does he think that people vote out of pity? Or because of which school or college someone went to? And what the hell does he think of New Yorkers if he thinks we deeply want representatives who worked for Goldman Sachs?

Of course, he´s not the only one who does this. Our very own President is a master of the career-embellishing lie. President Biden has been caught in a few lies of his own since taking office.

George Santos lies, but why does Joe Biden get a pass for his? (nypost.com) 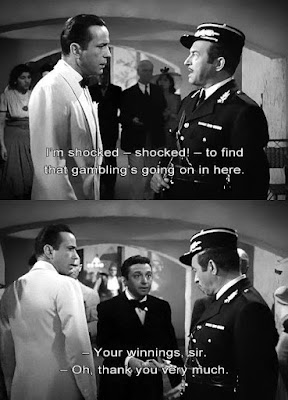