What Goes Up Must Come Down: Philadelphia Officials Warn New Year's Eve Partiers Not to Fire Guns In The Air 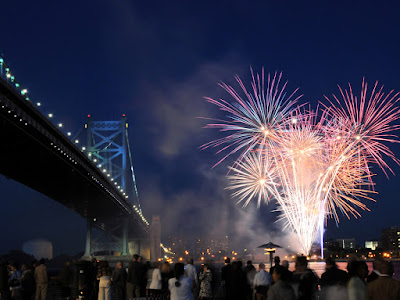 Some years ago, I attended my late brother’s New Year’s Eve house party.

At the stroke of midnight, we and the other residents of my brother’s South Philly row house block came out on the street to welcome in the New Year.

Along with kissing and hugging, the neighbors enjoyed the fireworks that were launched into the air.

One neighbor, a 20-something young man, celebrated the New Year by pulling out a revolver and firing several rounds into the air. I grabbed his arm and wrist and pointed the gun downward. I told him to stop firing the gun in the air, as my young nieces and other children were on the street.

I know a bit about guns, as I was military-trained on firearms, and I own a couple of handguns. I told the young man that the bullets he fired into the air may come back down and injure someone.

The man, somewhat drunk, apologized, and put his gun away.

Thankfully, no one was injured.

This past 4th of July, two Philadelphia police officers were injured by what was believed to be falling bullets or bullet fragments, so Philadelphia city officials are cautioning partiers to not fire guns into the air on New Year’s Eve.

It's a crime, they said.

Remember, what goes up, must come down.