Twas A Crime Before Christmas: My Interview With Santa Claus 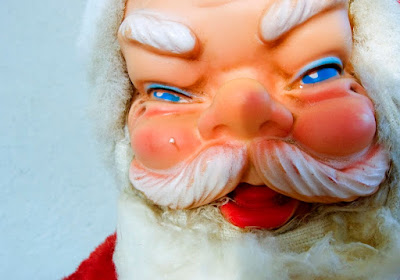 As Christmas approaches once again, I'd like to offer my short story, Twas a Crime Before Christmas., The story originally appeared in The Orchard Press Online Mystery Magazine in 2009.

Twas a Crime Before Christmas: My Interview with Santa Claus

I interviewed the victim, who was so devastated by the burglary that he could hardly speak. I also spoke to a detective who said he presently had no leads on the case, but he planned to keep working it. I also spoke to a local priest who told me that the church was collecting donations for the poor family.

“The increased use of car and home burglar alarms makes my journey tougher, I must say,” Santa told me. “As you know, my miniature sleigh and eight tiny reindeer make such a clatter, they set off every car alarm on the block.”

Santa went on to say that the alarms ruin the surprise for the children, and he is often detained by the responding police officers, who demand identification and administer alcohol tests.

Santa said he discovered who the crooks were, and he tipped the police off. He also plans to leave the crooks lumps of coal in their stockings, which will be hung with care in the local jail.

“Don’t they know I’m watching?” Santa asked.” I know when they have been naughty or good. My surveillance techniques are finer than the FBI’s.”

Note: With apologies to Clement C. Moore. I offer my best wishes for a Merry Christmas and a Happy New Year to all.

Labels: My crime fiction, Twas A Crime Before Christmas My Interview With Santa Clause