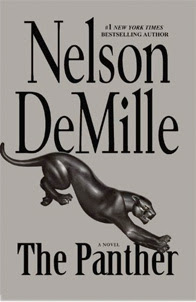 John Corey, a tough, wisecracking NYPD detective-turned-contract federal-agent for the New york Anti-Terrorist Task Force, is back on the hunt in Nelson DeMille's new thriller, “The Panther.”

Corey, who hunted down Asad Khalil, a Libyan terrorist called “the Lion” in an earlier thriller, is on the trail of another big cat. Bulus ibn al-Darwish — aka “al-Numair,” or “the Panther” — is a high-ranking alQaeda operative who was born and raised in Perth Amboy, N.J.

Operating in Yemen, the Panther is suspected of being one of the masterminds who planned and executed the bombing of the USS Cole. He is also wanted for the attack on a French oil tanker and other terrorist attacks, kidnappings and murders.