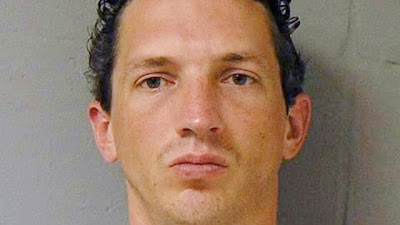 Confessed serial killer Israel Keyes relished the "rush" he got from traveling the country to execute meticulously planned murders, according to the FBI agent who spent months interviewing him.

"He liked what he was doing," FBI Special Agent Jolene Goeden told "Good Morning America" today. "He talked about the rush he got out of it, the adrenaline and kind of the high from it."

Keyes, 34, can be seen casually talking about his strategy for hunting and killing people over a coffee and bagel in videos released by the FBI. He was, by his own account, a split personality.

"There is no one who knows me or who has ever known me that knows anything about me, really," he told FBI investigators in an audio recording released to the media.

You can read the rest of the story and watch the video via the below link:

http://abcnews.go.com/US/alaska-serial-killer-israel-keyes-high-killing-fbi/story?id=17885366
Posted by Paul Davis at 8:01 AM