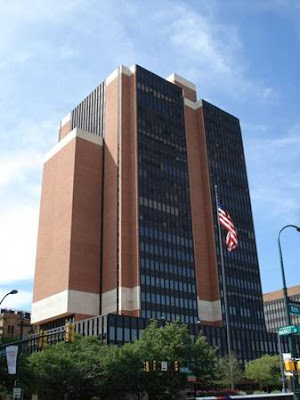 It was a good day for the defense Tuesday in the racketeering trial of mob boss Joseph "Uncle Joe" Ligambi and six co-defendants.
﻿﻿
So good, in fact, that mob underboss Joseph "Mousie" Massimino, a co-defendant, joked about going home. One of five defendants being held without bail, Massimino, during a break in the trial, asked Assistant U.S. Attorney John Han, "Can you give me a ride John?"

Massimino, Ligambi and the three other defendants held without bail will have to wait at least until January to find out if they walk out of the Federal Detention Center next door to the U.S. Courthouse. Jury deliberations are expected to begin on Jan. 7 following a recess later this week for the holidays.

But the defense camp was decidedly upbeat after Tuesday's court session which included testimony from one witness who blistered key government informant Louis "Bent Finger Lou" Monacello and another witness who raised serious questions about whether a mob meeting at a North Jersey restaurant back in May 2010 was anything other than a bunch of guys getting together for lunch.

"I think we had a really good day," said one defense attorney.