Goodfellas Don't Sue Goodfellas, But 'Gomorrah' Author Is Suing The Gangsters Who Ordered His Death 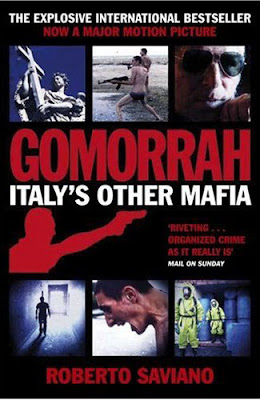 Veteran organized crime reporter and author George Anastasia offered a gem of a statement in his  book The Goodfella Tapes: The True Story of How the FBI Recorded A Mob War and Brought Down a Mafia Don.

In the book Anastasia reported the FBI recording of a Cosa Nostra member telling a possible litigant in a mob dispute that "Goodfellas don't sue goodfellas... goodfellas kill goodfellas."

But Michael Day at the British newspaper the Independent reports that in Italy Gomorrah author Roberto Saviano is suing the organized crime figures who ordered his death for writing the book that exposed their criminal enterprises.

Italy's most prominent anti-mafia campaigner has appeared in court to sue the mobsters who ordered his death.


In a high security Naples courtroom Roberto Saviano, the writer whose print expose ‘Gomorrah’ and the eponymous hit film it spawned made him a household name, finally looked his enemies in eyes - six years after he was forced into hiding.

Mr Saviano confronted Camorra bosses Francesco Bidognetti and Antonio Iovine via video link as he began the process of suing them - and two of their lawyers, Michele Santonastaso and Carmine D'Aniello - for threats and defamation, which he says came in an 2008 appeal hearing.

You can also read my Crime Beat column on The Goodfella Tapes via the below link:

http://pauldavisoncrime.blogspot.com/2011/09/goodfellas-dont-sue-goodfellas-look.html
Posted by Paul Davis at 5:04 AM