A Look Back At The Life Of Ian Fleming, The Author Of The James Bond Thrillers 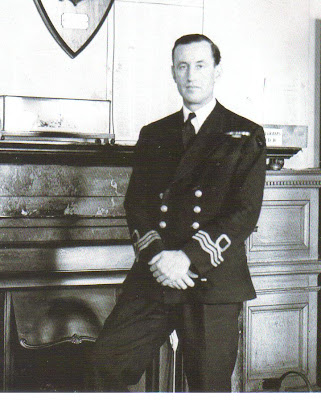 With the latest James Bond film, Skyfall, doing so well at the box office, Scott S. Smith at Investor's Business Daily looks back at the fascinating life of Ian Fleming, the best-selling author of the James Bond thrillers.

While in British naval intelligence during World War II, Ian Fleming hated that he was kept from working with his men in the field.

So he did the next best thing.

The novels — starring the superspy who is a composite of commandos and agents he knew — went on to sell over 100 million copies.

... In "For Your Eyes Only: Ian Fleming and James Bond," Ben Macintyre wrote: "Bond is, in part, Fleming. The exploits of 007 grew directly out of Fleming's knowledge of wartime intelligence and espionage; they both were more complex characters than they seemed at first acquaintance; they shared similar tastes and attitudes toward women; they even looked similar. Fleming would teasingly refer to the Bond books as 'autobiography."

You can also read my piece on Ian Fleming's wartime creation, the intelligence commando group 30 Assault unit, in my piece for Counterterrorism magazine via the below links:

And you can read my online column about the life of Ian Fleming and his iconic character James Bond via the below link: