A Q & A With John Glen, Director of 'Licence To Kill' And Seven Other James Bond Films 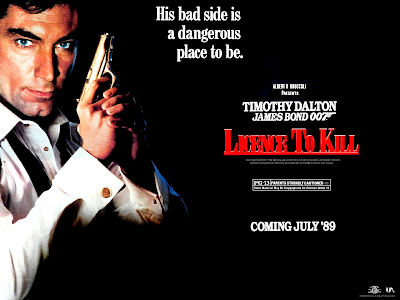 Peter Howell at thestar.com offers an interesting Q & A with John Glen, the director of eight James Bonds, including one of my favorites, Licence to Kill.

With Roger Moore, he’s a fairly light actor, not a hard-edged one, and he always used to say to me, “Oh, what would the kids think?” He was always very conscious of that. He’s more of a personality actor. He’s very, very good and very charming and very good with his one-liners and humour. All his films had to be designed that way, I think, so that Roger could do his best with what he’s comfortable with.

And funnily enough, looking back at the two films that I did with Timothy Dalton, The Living Daylights and Licence to Kill, I find him to be quite similar to the new Bond. He and Daniel are both harder-edged Bonds. I think Timothy was before his time. You look at Licence to Kill now and it keeps up. It’s more in vogue now than when I shot it, I think. I still think it’s one of the best Bonds, certainly the best that I directed.

... Up until now, I’ve always thought that probably Goldfinger had the best original story, because we’ve now run out of original Fleming stories. But I think Skyfall really got that; I’d certainly rank it amongst the top three.

I’d say The Spy Who Loved Me was the best one I did with Roger — and it’s his favourite, too — and I’m still very fond of Licence to Kill. 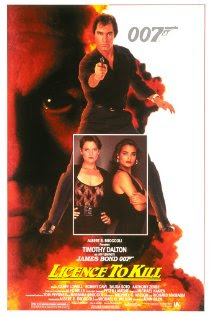 Note: I agree with John Glen that Licence to Kill is one of the best Bond films.

Although I believe Sean Connery is the best Bond actor, Timothy Dalton in my view is the second best actor to portray James Bond.

He is a very good actor and he looks and acts like Ian Fleming's James Bond. I wish he had made more Bond films.

I also like Robert Davi as the drug lord villain in the film. Murderous, vicious and a bit crazed, Davi is one of the best villains since the Sean Connery-Bond films from the 1960s.

The supporting cast is also very good, including the two women in the film, Carey Lowell and Talisa Soto, who offer strong performances as well as being very attractive.

The other good supporting cast includes Anthony Zerbe as a criminal associate to Davi, and a nasty young Benicio Del Toro as Davi's henchman. David Hedison portrays Bond's CIA pal, Felix Leiter, repeating the role he portrayed in Live and Let Die, and Desmond Llewellyn gives an expanded performance as "Q" as he aids Bond' in the field.

You can read my earlier post on Licence to Kill via the below link: