A Piece Of U.S. Navy History: For Sale, A Beautiful Rolex Submariner Watch Owned By The Commander of Sealab III 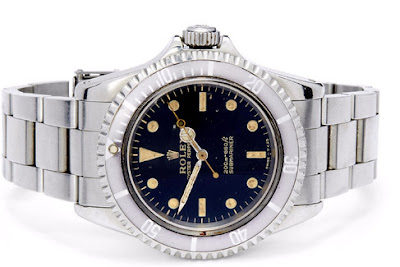 Stephen Pulvirent at Bloomberg.com offers a piece on the Rolex Submariner once owned by the Commander of Sealab III.


Military provenance is one of the easiest ways to add tons of value to a vintage Rolex. While this Submariner didn't belong to James Bond himself, it was on the wrist of the commander of the U.S. Navy's Sealab III mission, and now it's hitting the auction block.
Commander Jackson Maxwell Tomsky hailed from San Francisco and enlisted in the Navy during World War II. After the war ended, he bounced around a few diving-related Navy jobs before he ended up running the Sealab III mission in 1969. The third installment of a Navy research program placed a habitable capsule 600 feet below the ocean (note the 660ft depth rating on this Submariner) that aquanauts could live in for two-month stints. 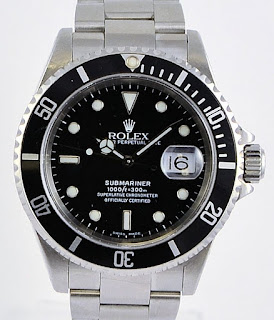 Note: My Rolex Submariner is my most prized possession.
Posted by Paul Davis at 7:55 PM