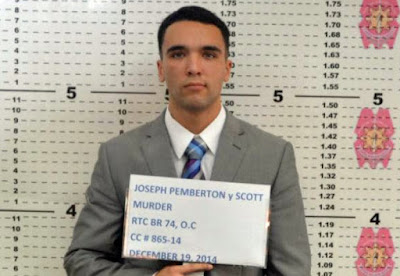 Paul Alexander at Stars and Stripes offers a piece on the murder trial of a U.S. Marine in the Philippines.


Protests are likely in the Philippines no matter what verdict is issued Tuesday in the trial of a U.S. Marine accused of killing a transgender woman whom he picked up in a bar and took to a hotel for sex.
The case — which has been heard sporadically since March in a courtroom in Olongapo City, about an 80-mile drive from Manila — has cast a pall over the renewal of military relations between the U.S. and the Philippines, providing fodder for those who object to any American presence.
Pfc. Joseph Scott Pemberton is charged with killing Jeffrey “Jennifer” Laude, 26, on Oct. 11, 2014. The two met in a disco in a red-light district of Olongapo — the main city along Subic Bay — while Pemberton was bar-hopping with other Marines after joint U.S.-Philippine military exercises. They checked into a nearby hotel, and Laude’s strangled body was later found in the bathroom.
You can read the rest of the piece via the below link:

http://www.stripes.com/news/philippine-protests-likely-after-verdict-in-marine-trial-1.380816
Posted by Paul Davis at 1:13 AM