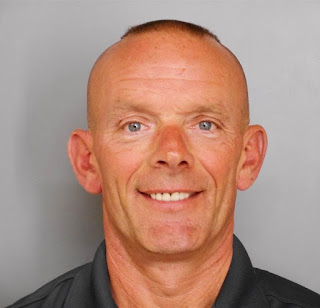 Mark Berman and Mark Guarino at the Washington Post offer a strange twist to a police officer thought to be killed in the line of duty.


In September, Lt. Charles Joseph Gliniewicz (seen above in his official photo) , a police officer in Fox Lake, Ill., radioed in one morning to say he was pursuing three possible suspects. A short time later, he was found with a fatal gunshot wound, sparking a massive manhunt that sent scores of police officers and federal agents sweeping through the area.
Two months later, police now say that Gliniewicz, a man known to many as “G.I. Joe,” was not among the handful of police officers shot and killed by a suspect this year. Instead, investigators say they determined that he took his own life after a long run of stealing money from his own police force.
Gliniewicz’s death “was a carefully staged suicide,” Cmdr. George Filenko of the task force said during a news conference Wednesday morning. “We have determined that this suicide was the end result of extensive criminal acts that Gliniewicz had committed.”
You can read the rest of the piece via the below link: