The Face Of Terror, Inc: The Crimes Of Qassem Suleymani, Iran's Top Terrorist 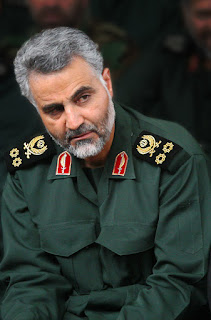 He might not be a household name in America — at least, not yet. But throughout the Middle East, Qassem Suleymani makes the righteous and the innocent tremble.

To the righteous — meaning, from his perspective, the Shiite zealots who believe the Islamic state of Iran should establish the caliphate and dominate the world — he is an awe-inspiring figure.

He is powerful. He is brash. He brazenly shows up on the battlefield to encourage his troops. In Iraq, he has become the maker of prime ministers and governments, and commands a militia of 100,000 men.

To his innocent victims, he is the face of Terror, Inc. As head of the Islamic Revolutionary Guards Corps-Quds Force (IRGC-QF), Qassem Suleymani is Iran’s top terrorist.