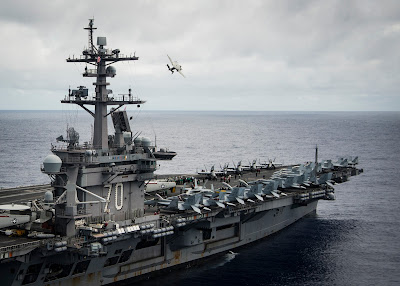 The ship's carrier strike group is on a western Pacific deployment as part of the U.S. Pacific Fleet-led initiative to extend the command and control functions of U.S. 3rd Fleet.