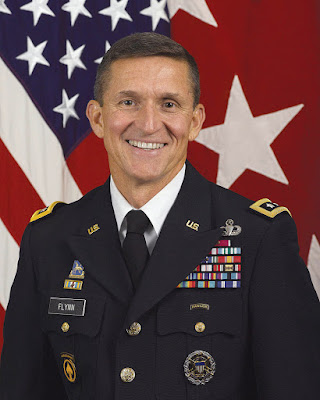 Ralph Peters offers his take on the resignation of retired Lt. General Michael Flynn in his column in the New York Post.

Outgoing National Security Adviser Lt. Gen. Michael Flynn, who resigned Monday night, made one, possibly two, grave mistakes. First, he secretly discussed lifting sanctions during illicit phone calls with Russia’s ambassador. Second, he may have lied to Vice President Mike Pence about his activities.
That second charge, if true, alone was a firing offense. But the first charge is more alarming.
Those of us who hold conservative views on national security howled when President Obama got caught on a hot mic in 2012 promising Russia’s then-President Dmitry Medvedev a strategic ice cream cone for Vladimir Putin. That was an act of betrayal, meant to be concealed from American voters.
Now some pundits on the right hypocritically dismiss Flynn’s back-channel valentines to Moscow as no big deal. But the allegations cut to the core of national security: A not-yet-in-office presidential adviser undermined the incumbent administration and evaded the will of Congress by acting surreptitiously to favor a hostile power.
You can read the rest of the piece via the below link: