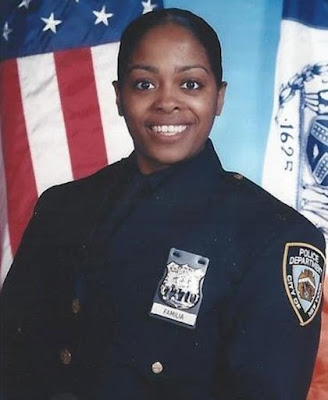 “Officer Miosotis Familia proudly wore the badge for 12 years, serving her community and keeping the people of New York City safe,” Attorney General Sessions said. “She was doing her duty, on patrol in the Bronx, when she was unjustly targeted and murdered in a cowardly, unprovoked attack. She will be remembered for her years of service and for the example of selflessness that she set protecting innocent people on our streets. This murder in cold blood is a tragedy, and sadly it is the latest in a troubling series of attacks on police officers over the past two years. These attacks must stop and we must honor the service of every law enforcement officer and the memory of those we have lost in the line of duty.”
Posted by Paul Davis at 11:26 PM