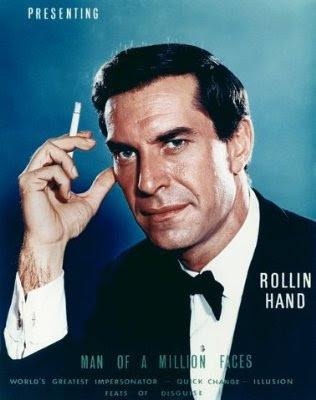 The Spy Command, a website that covers James Bond and other spy TV programs and films, offers a piece on the death of actor Martin Landau.

Landau died Saturday at the UCLA Medical Center "after a short hospitalization where he suffered unexpected complications," TMZ said.

Landau enjoyed a long career that began in the early 1950s. It included a number of espionage-related stories, including portraying Leonard, a henchman in the Alfred Hitchcock-directed North by Northwest (1959); a Cold War themed episode of The Twilight Zone; and playing Thrush operative Count Zark in The Bat Cave Affair, a second-season episode of The Man From U.N.C.L.E.

But he was most famous for Mission: Impossible, where he appeared during the show's first three seasons. 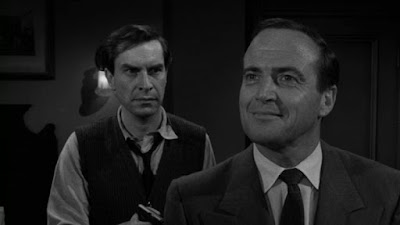 As noted above, Martin Landau also starred in an episode of Rod Serling's The Twilight Zone, a brilliant and clever TV show that I also loved as a kid.

The episode that starred Landau and John Van Dreelen was a first-class Cold War espionage story.

You can watch the episode via the below link:

https://www.youtube.com/watch?v=d8Lss2IX3zA
Posted by Paul Davis at 1:54 AM