Baby, Its Still Cold Outside: Dean Martin’s Daughter Says She Will Continue To Sing ‘Baby It’s Cold Outside’ After Song Was Pulled From Ohio Station 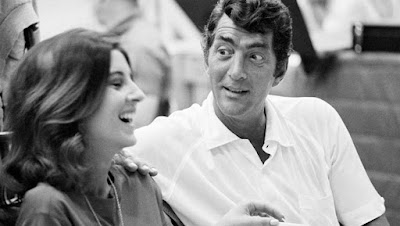 Stephanie Nolasco at FoxNews.com offers a piece on Dean Martin’s daughter’s reaction to the banning of the Christmas song her father popularized, Baby, It’s Cold Outside.


“Baby It’s Cold Outside” might be getting an icy reception these days, but Dean Martin’s daughter told Fox News she’s not going to stop singing the classic in front of audiences.


It won the Oscar for ‘Best Original Song’ in the 1949 film ‘Neptune’s Daughter.’ It’s been recorded by dozens of the world’s top recording artists for over 60 years, including my dad Dean Martin… This song is included in his very successful 1959 ‘Winter Romance’ album and I’m very proud that it has become an evergreen favorite that is played every holiday season.”


“I personally love performing ‘Baby It’s Cold Outside’ and will continue to do so,” added the fellow performer, 70. “Merry Christmas!”


Dean died at age 78 in 1995 from acute respiratory failure. And since then, Deana has never stopped sharing her father’s legacy on stage to new, curious listeners.


“I’m always thinking about dad, what he went through in his life and how the world has changed,” she previously told Fox News in 2017. “He was a sweet, generous man who would just get up and do his thing.”


The song sparked controversy during the holiday season when a radio station in Ohio pulled it from its lineup after a listener expressed concern over the holiday song’s lyrics.


According to Fox 8, WDOK Christmas 102.1 removed the tune after one listener called the radio station and suggested it’s not appropriate to play the 1940’s classic in 2018. 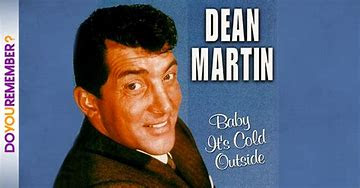 And you can listen to Dino sing the song via the below link:

https://www.youtube.com/watch?v=crFQpOCDfEc
Posted by Paul Davis at 8:13 AM