Why The United States Must Stay In Syria 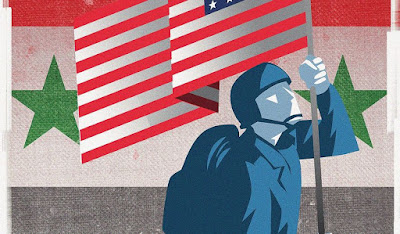 Gary Anderson, a retired Marine Corps colonel who was a U.N. observer in the Middle East and a Department of State governance adviser in Iraq and Afghanistan, offers a piece in the Washington Times on why we should stay in Syria.


Mr. Trump’s Democratic Party enemies in Congress jumped on his announcement immediately as did The Washington Post, but so did many of his erstwhile Republican allies. He is also going against the recommendations of his secretary of Defense, James Mattis, and his senior military advisers as well as the majority of Middle East experts in the national security community.


The irony here is that — in cutting and running from Syria — the president is doing in Syria the same thing that he successfully criticized President Obama for doing in Iraq. The Democrats will have a field day with it in 2020. There is absolutely nothing to be gained politically by the Syrian withdrawal. This is a self-inflicted wound.


… The only people applauding the Syrian withdrawal are the Syrian government, the Iranians and Russia’s Vladimir Putin. At a time when he is being investigated for colluding with Moscow, the last thing Mr. Trump needs is to hand the Russians a foreign policy victory with no corresponding quid pro quo for us.


The American presence in the remote backwater of northeastern Syria has served three very important purposes. First, it prevents the 2,000 or so survivors of ISIS who once ruled the area from regrouping in the political vacuum that allowed them to gain power in the first place.